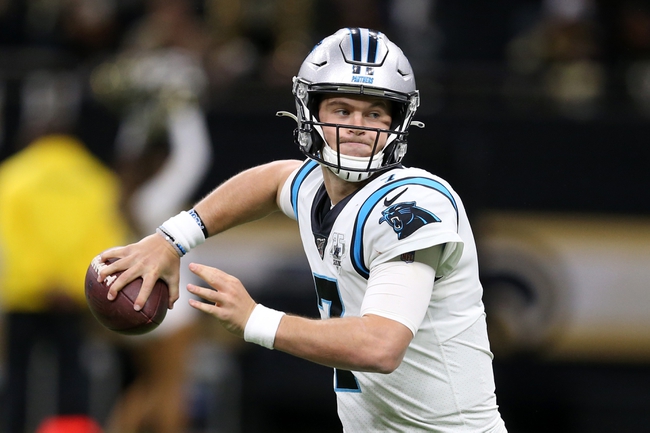 The Washington Redskins are set to visit Bank of America Stadium in Charlotte, North Carolina for an NFC clash against the Carolina Panthers. The Washington Redskins come into this matchup with a 2-9 record, and they will be looking to continue their success after winning their recent home game against the Detroit Lions, 19-16. QB Dwayne Haskins struggled to find any consistency through the air for Washington as he connected on 13 of his 29 pass attempts for 156 yards and 1 interception. WR Terry McLaurin was the top target for Haskins and the Redskins as he hauled in 5 catches for 72 yards.

The Washington Redskins were solid on the defensive side of the ball against the Detroit Lions as they held them to 16 points and a total of 364 yards of offense. LB Cole Holcomb led the way for the Washington defense with 13 tackles, 1 TFL, and 1 sack. The secondary had a productive game for the Redskins as CB Fabian Moreau contributed 6 tackles, 2 pass deflections, and 2 interceptions while CB Quinton Dunbar hauled in an interception.

The Carolina Panthers come into this matchup with a 5-6 record, and they will be looking to rebound after dropping their recent road game against the New Orleans Saints, 34-31. QB Kyle Allen had a big game through the air for Carolina as he connected on 23 of his 36 pass attempts for 256 yards and 3 TDs. WR DJ Moore was the top target for Allen and the Panthers as he hauled in 6 catches for 126 yards and 2 TDs.

The Carolina Panthers struggled on the defensive side of the ball against the New Orleans Saints as they allowed them to score 34 points and rack up a total of 418 yards of offense. Safety Eric Reed led the way for the Carolina defense with 15 tackles, 1 TFL, and 1 pass deflection. Joining Reed in the secondary was safety Tre Boston who had a productive outing against the Saints as he contributed 5 tackles, 1 pass deflection, and 1 interception.

The Washington Redskins may be feeling confident after their latest win against Detroit, but the Carolina Panthers are a big step up in competition and they shouldn’t have much of a problem at home. The Redskins have gone with rookie QB Dwayne Haskins, but he has yet to show why he was a first-round pick as he has thrown 2 TDs compared to 6 interceptions. The biggest mismatch in this game will be Carolina RB Christian McCaffery as he has compiled over 1709 scrimmage yards and 16 TDs this season, and I expect the Panthers to exploit the mismatch with the 23rd ranked scoring defense. Carolina has had back-to-back tough games with road games against Green Bay and New Orleans, and I expect them to explode against a very bad Washington team.