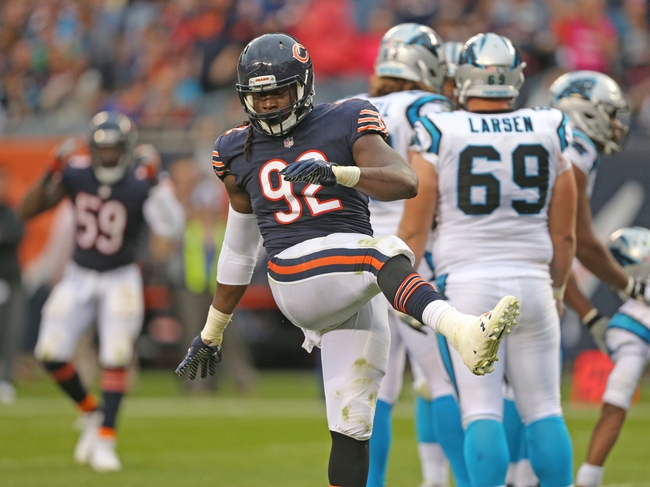 The Carolina Panthers and Chicago Bears meet Thursday in a NFL preseason game at Soldier Field.

The Carolina Panthers enter another season as a team that could contend and compete in the NFC, but it really comes down to finding playmakers on the offensive side of the ball and honestly taking some of the load of quarterback Cam Newton. There will be a true backup QB battle with Taylor Heinicke, Kyle Allen and Will Grier all lacking experience and nobody having a clear edge over the other guy. I’m also interested to see which wide receiver emerges from the pack with Aldrick Robinson, Rashad Ross, Torrey Smith and Terry Godwin fighting for playing time. Outside of running back Christian McCaffrey, the Panthers need to find guys who can make a difference offensively. Defensively, rookie defensive end Brian Burns has a chance to earn a starting job, while it’s Rashaan Gaulden’s job to lose at free safety and add some stability in the defensive backfield. The Carolina Panthers have won five of their last eight preseason games.

The Chicago Bears look to prove that last year wasn’t a fluke and getting more out of quarterback Mitchell Trubisky would go a long way. As for preseason position battles are concerned, Taylor Gabriel and Riley Ridley will be fighting for consistent reps at wide receiver, while Mike Davis and David Montgomery hope to clear up some of the logjam that’s going on at the running back position. The Bears need more consistency offensively in order to take that next step this season. Defensively the Bears appear to be in good shape once again, but it’s worth keeping an eye on at nickel cornerback where Kevin Toliver and Duke Shelley will be competing for a starting role. The Chicago Bears have split their last eight preseason games.

Even in the first preseason game where starters on both sides of the ball won't play much, I'm concerned how the Panthers are going to have success against this Bears defense. The Bears defense is so loaded that even the second and third units are going to be flying around hoping some of those guys can earn some meaningful reps at some point. The Carolina Panthers just don't have enough playmakers on offense to scare anybody. I expect the Bears to win this game in the trenches and bully their way to a comfortable victory.