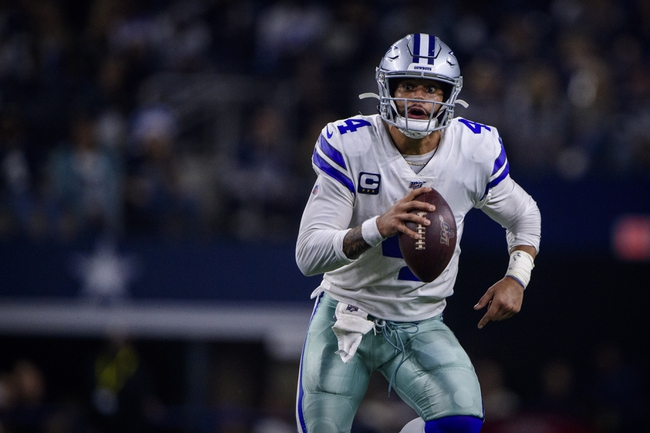 The Dallas Cowboys head to Chicago on Thursday for a game against the Bears in a matchup of two NFC teams.  In their last game, the Cowboys lost to the Buffalo Bills by the score of 26-15.  Dallas quarterback Dak Prescott was 32 of 49 passing for 355 yards while throwing 2 touchdowns and 1 interception. Ezekiel Elliot 12 times for 71 yards.  Amari Cooper was the leading receiver for the Cowboys as he caught 8 passes for 85 yards.  The Dallas defense allowed 356 total yards to the Lions including 232 through the air.

On the year, the Dallas Cowboys are now 6-6 which is good enough for 1st place in the NFC East.  Dak Prescott has thrown for 3,788 yards this season which also includes throwing 23 touchdowns passes against 11 interceptions.  Ezekiel Elliot has carried the ball 227 times for 990 yards and 7 touchdowns so far this year.  Amari Cooper has been the Cowboys leading receiver on the year and has caught 64 passes for 971 yards and 7 touchdowns.  The Cowboys currently have 5 players listed on their injury report as Randall Cobb, Zack Martin, La’el Collins, Darian Thompson and Sean Lee are all listed as questionable.

The Chicago Bears welcome the Dallas Cowboys to town after winning their last game against the Detroit Lions by the score of 24-20.  Mitchell Trubisky completed 29 of 38 passes for 338 yards and 3 touchdowns against 1 interception.  Running back David Montgomery was the lead rusher for the Bears as he rushed for 75 yards on 16 carries.  Anthony Miller was the leading receiver for Chicago as he caught 9 passes for 140 yards on the day.  The Bears defense allowed 364 total yards against the Lions which included just 105 yards on the ground.

With the win, the Bears moved to 6-6 on the season, good enough for 3rd place in the NFC North.  Mitchell Trubisky has now thrown for 2,196 yards and 13 touchdowns against 7 interceptions on the season.  David Montgomery has led the way for Chicago on the ground this season, carrying the ball 172 times for 594 yards and 5 touchdowns.  The leading receiver for the Bears is Allen Robinson II who has caught 71 passes for 850 yards and 5 touchdowns on the season.  The Bears come into Thursday’s game with 5 players listed on their injury report as Prince Amukamara is listed as questionable while Bobby Massie, Taylor Gabriel, Danny Trevathan and Ben Braunecker are all listed as out.