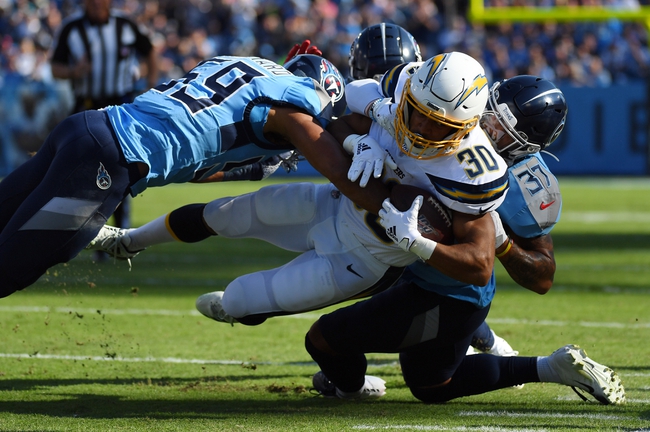 The Los Angeles Chargers visit Soldier Field in Chicago, Illinois on Sunday for an AFC-NFC clash with the Chicago Bears. The Chargers fell to 2-5 on the season following a 23-20 loss to the Tennessee Titans in a game in which the Chargers had two touchdowns overturned by replay officials and Melvin Gordon fumbled away the ball inside the 1-yard line of the Titans with just 15 seconds remaining.

Chicago fell to 3-3 on the season following its 35-25 loss to the New Orleans Saints on the return of Bears quarterback Mitchell Trubisky. The Bears signal caller returned to action and threw for 251 yards and a pair of late touchdowns after the game was well out of hand. The Bears ran the ball just seven times the entire game and gained just 17 yards. The biggest play for Chicago was a Cordarrelle Patterson 102-yard kickoff return.

The UNDER has cashed in 5 of the Chargers last 6

Take the UNDER in this matchup. The Chargers offense has sputtered the last few games and Chicago’s running game is nearly non-existent and its passing game is mediocre at best. Both defenses are very tough. The UNDER has cashed in 5 of the Bears last 6 at home and in 5 of the Chargers last 6 overall. Final Score Prediction, Chicago Bears win but our best play is UNDER 20-16