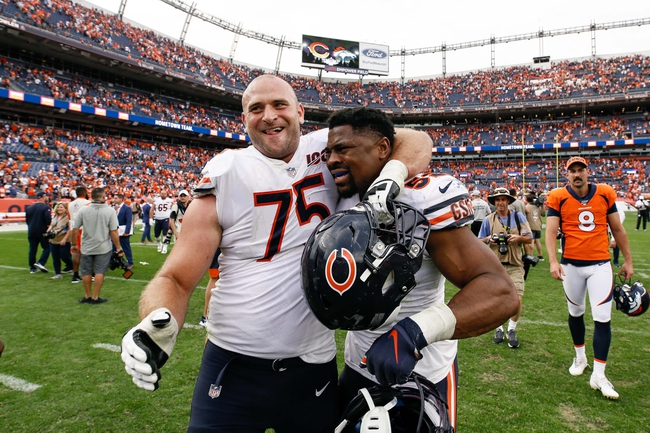 The Minnesota Vikings and the Chicago Bears will match up in Week 4 NFL action on Sunday.

Minnesota comes in at 2-1 on the year. The Vikings lost to the Packers in Week 2 but have otherwise gotten wins over the Falcons 28-12 and the Raiders 34-14.

In the win over the Raiders, Vikings QB Kirk Cousins posted 174 yards and a TD, and Dalvin Cook had 110 yards with a TD rushing. Irv Smith led the receivers there with 60 yards on three catches.

Over on the Bears’ side, they fell to the Packers 10-3 in the opener but took out the Broncos in a crazy last-minute comeback Week 2 16-14. In Week 3 action, the Bears went to visit the Washington Redskins on “Monday Night Football.” Chicago dominated that game and cruised to a 31-15 victory.

This division should be an interesting race this season; all four teams have shown some spark in the early-going and it wouldn’t be surprising to see a late-season race for the crown. Outside of a down-game against the Packers, Minnesota has shown some pretty solid offensive flash—even if it was against some “blah” defenses. I’m going to go Vikings on the cover here. Should be a close game.