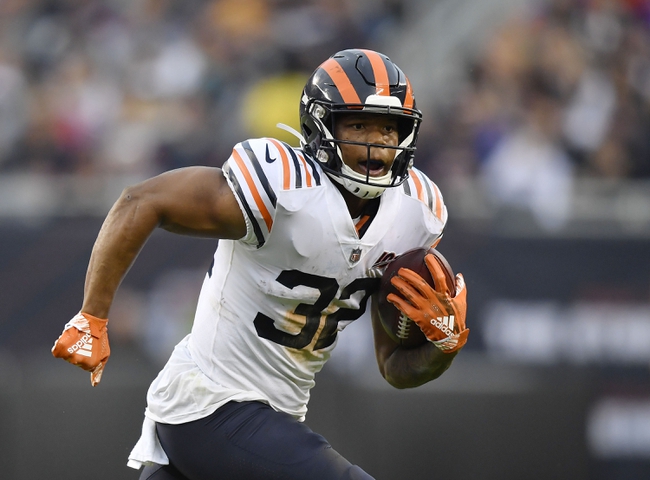 The New Orleans Saints are set to visit Soldier Field in Chicago, Illinois for an NFC clash against the Chicago Bears. The New Orleans Saints come into this matchup with a 5-1 record, and they will be looking to continue their success after winning their recent road game against the Jacksonville Jaguars, 13-6. QB Teddy Bridgewater had a solid game through the air as he connected on 24 of his 36 pass attempts for 240 yards and a TD. WR Michael Thomas was the top target for Bridgewater and the Saints as he hauled in 8 catches for 89 yards.

The New Orleans Saints were very good on the defensive side of the ball against the Jacksonville Jaguars as they held them to 6 points and a total of 226 yards of offense. Demario Davis led the way for the New Orleans defense with 6 tackles and 1 pass deflection. DE Cam Jordan was able to get into the Jacksonville backfield a handful of times as he contributed 2 sacks. CB Marshon Lattimore had a big game from the secondary as he contributed 3 pass deflections and 1 interception.

The Chicago Bears come into this matchup with a 3-2 record, and they will be looking to rebound after dropping their recent game against the Oakland Raiders, 24-21. QB Chase Daniels struggled to find consistency through the air for the Bears as he connected on 22 of his 30 pass attempts for 231 yards, 2 TDs, and 2 interceptions. WR Allen Robinson II was the top target for Daniels and Chicago as he hauled in 7 catches for 97 yards and 2 TDs.

The Chicago Bears struggled on the defensive side of the ball against the Oakland Raiders as they allowed them to score 24 points and rack up a total of 398 yards of offense. LB Danny Trevathan led the way for the Chicago defense with 12 tackles while Roquan Smith pitched in 9 tackles. CB Sherrick McManis was able to force the lone turnover of the game for the Bears as Prince Amukamara recovered the fumble.

The New Orleans Saints have been playing without their Hall of Fame QB Drew Brees, but this team has taken a new approach to winning as their defense has been amazing. The Bears have veteran backup QB under center in Chase Daniels, and he struggled against a below-average defense last game. The Saints held the Jaguars and Cowboys to a combined 16 points, and given the Chicago struggles, there is no reason they can do it again. The Saints might be playing without Alvin Kamara, but Latavius Murray has been effective on the ground and should be able to open the passing lanes for Bridgewater and Thomas.