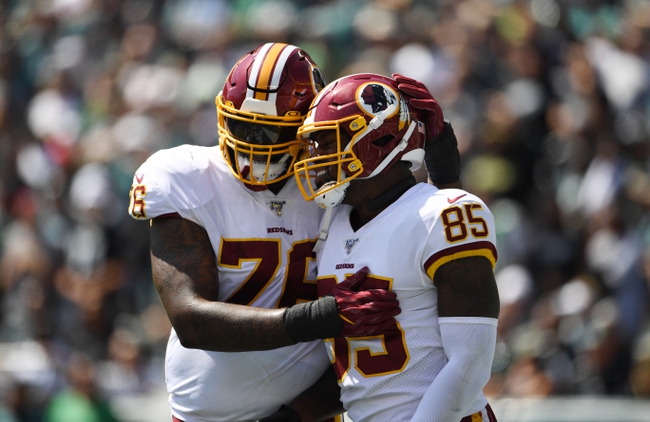 The Chicago Bears look for another road win to get a game above a .500 record. The Chicago Bears have won five of their last six road games. Mitchell Trubisky is completing 58.3 percent of his passes for 348 yards, zero touchdowns and one interception. Trubisky has zero touchdown passes in four of his last five games. Allen Robinson and Tarik Cohen have combined for 199 receiving yards on 21 catches while Taylor Gabriel has three receptions. The Chicago Bears ground game is averaging 99.5 yards per contest, and David Montgomery leads the way with 80 yards and one touchdown. Defensively, Chicago is allowing 12 points and 292.5 yards per game. Roquan Smith leads the Chicago Bears with 18 tackles, Leonard Floyd has two sacks and Kyle Fuller has one interception.

The Chicago Bears have failed to cover seven of their last 11 games as a road favorite. The Washington Redskins have split their last 14 games ATS as a home underdog. The Bears are easily the better team in this spot and have the ability to run away with things if they had a quarterback who is a difference maker. The problem is the Bears don't get easy offense and Trubisky is often a non-factor through the air, keeping Chicago in tight games more times than not. The Washington Redskins don't have great numbers defensively, but they went up against two Super Bowl contenders, so this game should give us a better idea of where this team is at. You have to be impressed with how Keenum has played up to this point and a combination of Peterson and Derrius Guice in the backfield should eventually get going. I don't love this game at all, but I'd take the points with the Redskins at home, simply because I don't believe in the Bears offense.