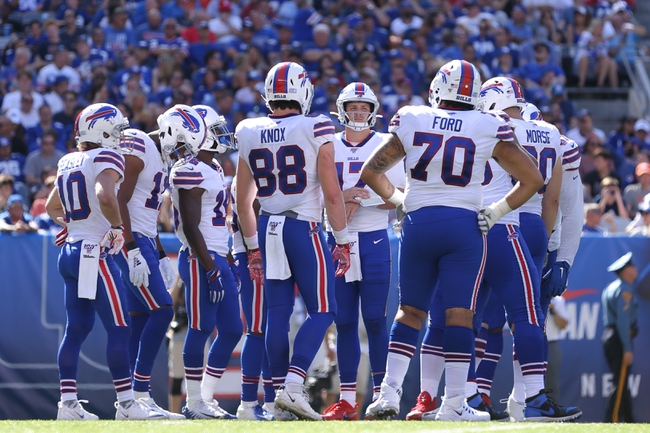 The Buffalo Bills look for another victory to get off to an improbable 3-0 start. The Buffalo Bills have split their last eight home games. Josh Allen is completing 64.2 percent of his passes for 507 yards, two touchdowns and two interceptions. Allen has one or less touchdown passes in 11 of his last 13 games. John Brown and Cole Beasley have combined for 318 receiving yards and one touchdown while Isaiah McKenzie has two receptions. The Buffalo Bills ground game is averaging 139.5 yards per contest, and Devin Singletary leads the way with 127 yards and one touchdown. Defensively, Buffalo is allowing 15 points and 296.5 yards per game. Tremaine Edmunds leads the Buffalo Bills with 16 tackles, Jerry Hughes has 1.5 sacks and Jordan Poyer has one interception.

The Cincinnati Bengals have covered each of their last five games as a road underdog. The Buffalo Bills are 6-3-1 ATS in their last 10 games as a home favorite. We just saw the Bengals get smoked at home as a slight favorite against the 49ers, and they enter this game banged up on both sides of the ball, which includes tackle Andre Smith being questionable with a groin injury. The Buffalo Bills won back-to-back road games and now get to come home for the first time this season, playing in front of a nasty crowd. The Bills have their offensive line working early and the entire defense is making plays in the backfield. It feels weird laying nearly a full touchdown with the Bills, but that's where we're at this point in the season. Give me the Bills.