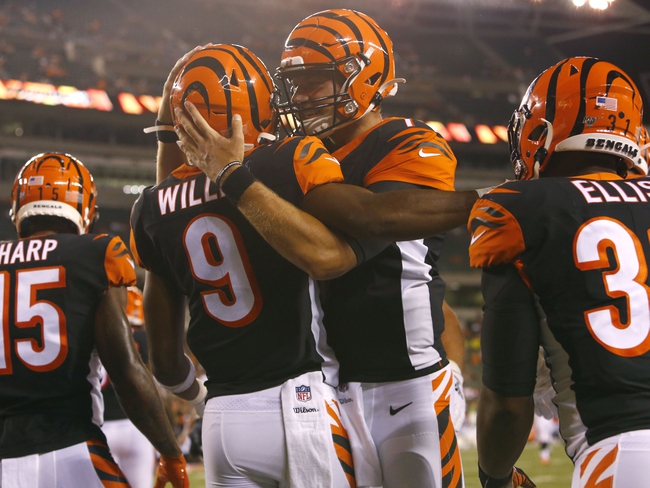 The Indianapolis Colts and the Cincinnati Bengals will match up to finish off their NFL preseasons with a game Thursday.

The Colts are coming off a 2018 in which they went 10-6 in the regular season and finished second in the AFC South. That was good enough for a Wild Card berth, and Indy took out the Texans 21-7 in that round before falling to the Chiefs 31-13 in the Divisional Playoffs.

Over on the Bengals’ side, they’re rebuilding things following a disappointing 6-10 campaign in 2018. Cincinnati finished in the basement of the AFC North last year, and that marked the end of longtime coach Marvin Lewis’ tenure.

Indianapolis—and the entire football world—is still reeling from Andrew Luck’s retirement announcement this past weekend and they’ll have some scrambling to do as they retool for the 2018 campaign.

As for the Bengals, they’ll be experimenting with some new faces but should be okay in several key positions heading into the 2019 regular season.

All things considered however, with a Week 4 preseason game we’re looking primarily at depth, and the Bengals probably have the advantage there as the Colts try to fill Luck’s shoes. I’m going Cincinnati.