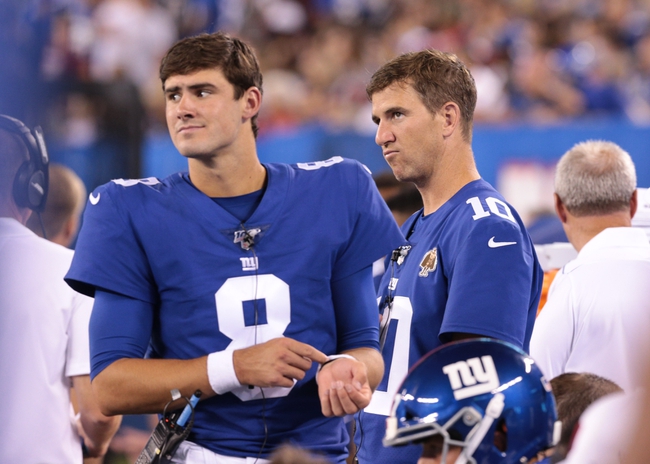 The New York Giants improve to 2-0 this preseason with a 32-13 win over the Chicago Bears. Daniel Jones and Alex Tanney combined for 215 passing yards, one touchdown and one interception. Jon Hilliman led the Giants with 56 yards and one touchdown on 16 carries, while Cody Latimer had 60 receiving yards on two receptions. Defensively, Henre' Toliver led the Giants with six tackles, Markus Golden had one sack and Oshane Ximines had one tackle for loss. The New York Giants have scored a combined 64 points in their first two preseason games and have gotten decent play from their backup quarterbacks. I’d say things have gone better than expected for the Giants as we inch closer to games that actually count. The New York Giants have won four of their last five preseason games.

The Cincinnati Bengals are 1-1 in preseason play and are fresh off a 23-13 win over the Washington Redskins. Ryan Finley and Jeff Driskel combined for 207 passing yards and two touchdowns. Jordan Ellis led the Bengals with 52 yards on 15 carries, while Damion Willis had 59 receiving yards on five receptions. Defensively, Jordan Evans led the Bengals with four tackles, Kerry Wynn had one sack and Deshaun Davis had one tackle for loss. The Cincinnati Bengals were much better defensively in their last game, holding the Redskins to 2-12 on third down and allowing 4.7 yards per play. The Bengals now close out the preseason with two straight home games, but five of their first eight regular season games will be on the road when you include a Week 8 trip to London. The Cincinnati Bengals have won four of their last six preseason games.

The New York Giants have looked better this preseason as a team, but the the third game is when you see the staters for the bulk of the contest, and a case can be made the Bengals have the better starting unit in this contest. I never want to back a team led by Dalton, but the Bengals are at home and have a defense that can get after the Giants quarterbacks. The Bengals defense looked really sharp last week and should be able to repeat those efforts at home. I'll lay the small chalk.