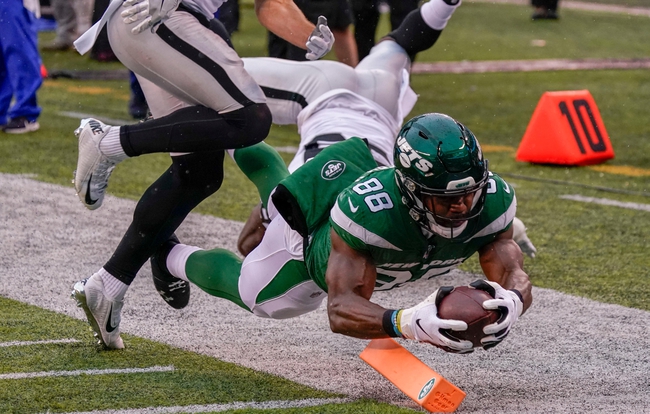 The New York Jets go down to Cincinnati to face the winless Cincinnati Bengals on Sunday at Paul Brown Stadium. The Jets dismantled the Oakland Raiders last week with a 34-3 win that saw the Jets improve to 4-7 and saw quarterback Sam Darnold dominate in the passing game and their stellar defense stopping the Raiders from doing virtually anything. The win marked the Jets’ third straight win.

The Jets are on a hot streak winning three straight and finding a rhythm on offense. Although Le’Veon Bell has not totaled the rushing yards than he had in Pittsburgh, he has gotten nearly or over 100 total yards in the last three games, becoming a crucial part in the passing game as well. Safety Jamal Adams is having yet another stellar season for the green side of New York, already totaling 65 tackles and 6.5 sacks, leading the team in both categories. The Jets proved how good their run defense was last week, containing Oakland running back Josh Jacobs to only 34 yards. Currently, the Jets have allowed the least amount of rushing yards this season.

The Bengals have had the season from hell, still without a win after 11 games. The Bengals lost a close game last week against rivals Pittsburgh Steelers, where Bengals Wide Reciever fumbled the ball in scoring position. The Bengals currently have allowed the most yards to any team this season. The Bengals offense isn’t much better, as they are the fourth-worst team in the league in rushing yards, and quarterback Ryan Finley only received 21.0 QBR last week.

The Bengals’ only bright spot might be that they are currently in a position to draft first overall in the 2020 NFL Draft. It may be in Cincinnati’s best interest to continue their dreadful performances in hopes of drafting their franchise quarterback Joe Burrow from LSU.

The Jets are currently opened up as a -3.5 favorite in the spread. I think the Bengals talent, especially on the offensive line, isn’t up to par to win many games in the NFL, and the Jets have found their groove lately. Final Score Prediction, Jets win, and cover 24-13.