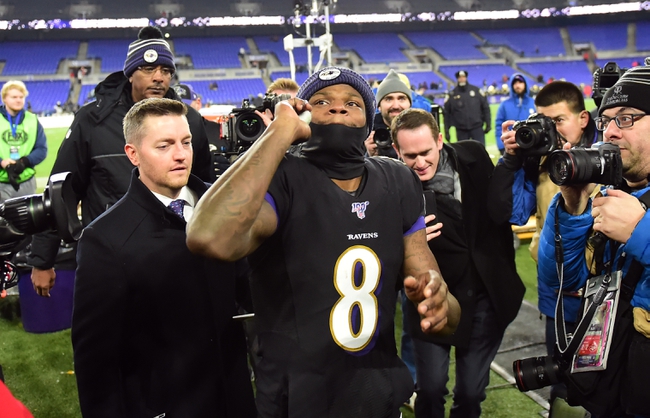 In the Ravens win over the Jets, Baltimore was led on offense by quarterback, Lamar Jackson.  Jackson completed 15 of 23 passes for 212 yds and 5 touchdowns, while adding 86 yds rushing.  Seth Roberts contributed 66 yds receiving on 3 receptions and a score.  The Ravens out gained the Jets, 430 to 310. The Ravens out rushed the Jets, 212 to 207 in the game. Baltimore forced 2 turnovers on defense.

In the Browns loss to the Cardinals, Cleveland was guided on offense by quarterback Baker Mayfield.  Mayfield connected on 30 of 43 pass attempts for 247 yds, while throwing 2 touchdowns and 1 pick.  Nick Chubb registered 127 yds rushing on 17 carries and 1 score.  The Browns were out gained offensively, 445 to 393.  The Browns committed 2 turnovers in the loss, while only forcing 1 turnover.  Cleveland's rush defense did not help their chances of winning, allowing 226 yds rushing to the Cardinals.

Ravens are 7-1 ATS in their last 8 games overall.

The under is 7-2 in Browns last 9 games as an underdog.