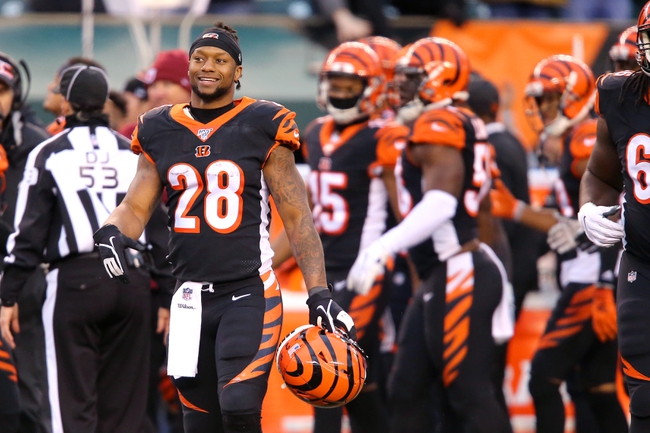 The Cincinnati Bengals are on the road for a matchup with the Cleveland Browns.  The Bengals are (1-11), after picking up their first win of the season over the New York Jets.  The Bengals won 22-6.  The Browns are (5-7), coming off a 20-13 loss to the Pittsburgh Steelers.

In the Bengals win over the Jets, Cincinnati was guided on offense by Andy Dalton.  Dalton completed 22 of 37 for 243 yds and 1 touchdown.  Joe Mixon added 44 yds rushing and a touchdown. The Bengals out gained the Jets, 277 to 271.  The Bengals got out on top early and never looked back.  The Bengals were the least penalized team out of the 2, committing just 2 penalties, while the Jets had 10.  Randy Bullock had 2 field goals for the Bengals in the win.