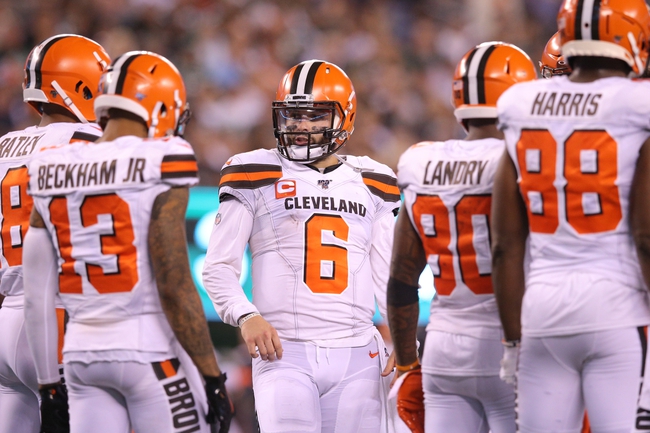 The Los Angeles Rams have split their last 10 games ATS as a road favorite. The Cleveland Browns have covered four of their last five games as a home underdog, with each of those last three covers resulting in outright victories. The Rams were let off the hook last week with the injury to Drew Brees and when you throw in the close call to the Carolina Panthers, I'm just not sure how good this team actually is and if the hype is worth it. The Cleveland Browns feasted on a third string quarterback Monday night and now get to prepare on a short week. I understand why the Rams are favored and I said last week the Browns don't deserve attention as a big favorite. However, as a home underdog is a completely different story. If the Browns are really going to make noise this season and this is a turn of a new era, this is a game they show up and win, against a Super Bowl contender on prime-time TV under the lights. The offense starts finishing drives with touchdowns and the defense continues to pressure opposing quarterbacks. I'll take a stab with the points and the Browns, a game they should win outright if they're really different from past years.