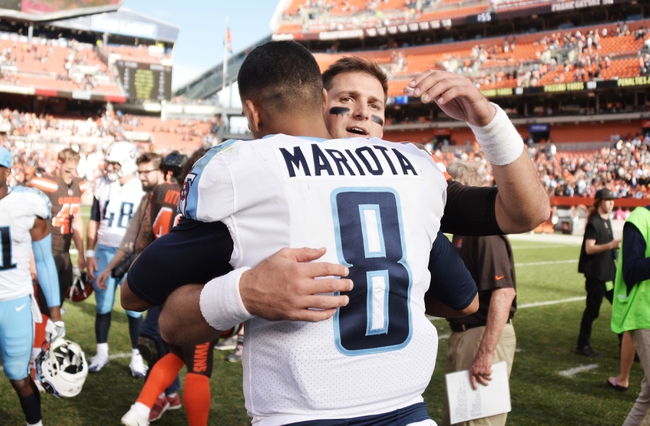 The Tennessee Titans have won nine games each of the last three years and hope to finally breakthrough in the second year under coach Mike Vrabel. The Tennessee Titans have split their last six road games. The Tennessee Titans have lost each of their last three regular season openers. The Titans were one of the more underrated defenses in the league last season, finishing third in points allowed and eighth in yards allowed. The Titans return each of their top-11 tacklers from that unit, including consistent and veteran linebacker Wesley Woodyard, as well as Malcolm Butler and Kevin Byard, a defensive back tandem that combined for seven interceptions and 20 pass deflections. Offensively, a lot of the Titans success will come down to the health and improved play of quarterback Marcus Mariota. The Titans have a manageable offensive line and a reliable pair of running backs in Derrick Henry and Dion Lewis. Mariota simply needs to prove he can be successful in this league, as he’s still a major question mark with four seasons under his belt.

The Cleveland Browns are coming off a surprising seven-win season, and now they hope to make the playoffs for the first time since 2002. The Cleveland Browns have won their last three home games. The Cleveland Browns haven’t won a regular season opening game since the 2004 season. The Browns have the pieces to be very exciting offensively, as Baker Mayfield, Jarvis Landry, Nick Chubb, Odell Beckham Jr. and David Njoku are all talented playmakers capable of setting this league on fire if everybody plays their role. The Browns haven’t been ranked inside the top-20 in offensive points scored since 2007, but that’s a stat I’m willing to bet changes this season. Defensively, the Browns have work to do based on last years numbers, but there’s talent on that side of the ball, especially up front in Olivier Vernon and Myles Garrett. Joe Schobert is coming off his second 100-tackle season and Denzel Ward had a promising rookie year with three interceptions and 11 pass deflections. I’m not ready to drink the Cleveland Kool-Aid just yet, but there’s no denying that the talent is there for this franchise to finally put an end to the jokes.

The Tennessee Titans are capable of being a pretty good team this season if Mariota can figure things out finally. The Browns have a lot of talent across the board, but they're still the Browns until proven otherwise and I'm cautious to get behind them with any real confidence. The Tennessee Titans have covered 10 of their last 15 games as an underdog of at least three points. The Cleveland Browns have failed to cover eight of their last 11 games as a favorite of at least three points. Every year bettors love the Browns for whatever reason and they simply don't cover numbers. Yes, you can say this year is different and the talent is much improved, but I need to see it to believe it. I'm not laying big chalk with the Browns until they earn my trust.