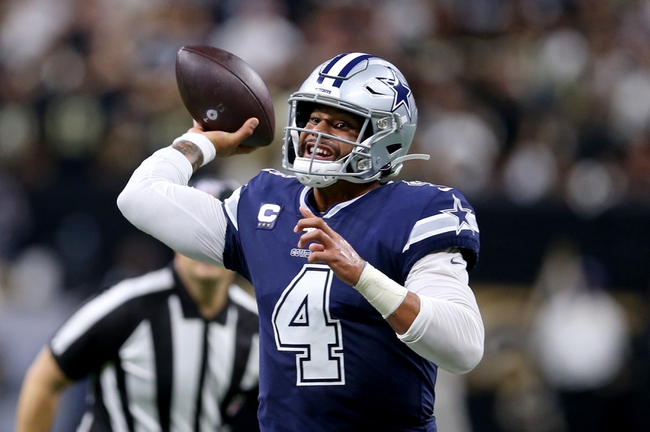 The Green Bay Packers struggled on the defensive side of the ball against the Philadelphia Eagles as they allowed them to score 34 points and rack up a total of 336 yards of offense. Blake Martinez led the way for the Green Bay defense with 15 tackles. Kevin King had a big game from the secondary for the Packers as he contributed 2 pass deflections. The Green Bay Packers were unable to record a sack or force a turnover which is a reason for their lack of success.

The Dallas Cowboys come into this matchup with a 3-1 record, and they will be looking to rebound after dropping their recent road game against the New Orleans Saints, 12-10. QB Dak Prescott struggled to get much going through the air for the Dallas Cowboys as he connected on 22 of his 33 pass attempts for 223 yards and an interception. RB Ezekiel Elliot struggled to find any running room for the Cowboys as he ran for 35 yards on 18 carries, but he was able to record a rushing TD.

The Dallas Cowboys were good on the defensive side of the ball against the New Orleans Saints as they held them to 12 points and a total of 266 yards of offense. Leighton Vander Esch led the way for the Dallas defense as he contributed 11 tackles. Robert Quinn was able to get into the New Orleans backfield a handful of times as he racked up 2 sacks and 2 TFL. Chidobe Awuzie had a solid game from the secondary as he hauled in the lone interception of the game for the Cowboys.

Both of these teams are looking to redeem themselves after losing primetime games last week, but I give a small edge to the home team as their defense has been good all season long. The Packers started off the season with statistically one of the best defenses in the NFL, but the Philadelphia Eagles exposed the unit with quick throws and a ground attack which falls into the arms of the Cowboys. The Dallas Cowboys struggled to establish Elliot against the Saints, but they will once again try to get one of the best RBs in the NFL going which will help open the passing lanes for Prescott and Cooper. The Cowboys are good at every level of their defense and they will try to keep Rodgers to short throws as they will amp up their pass rush.