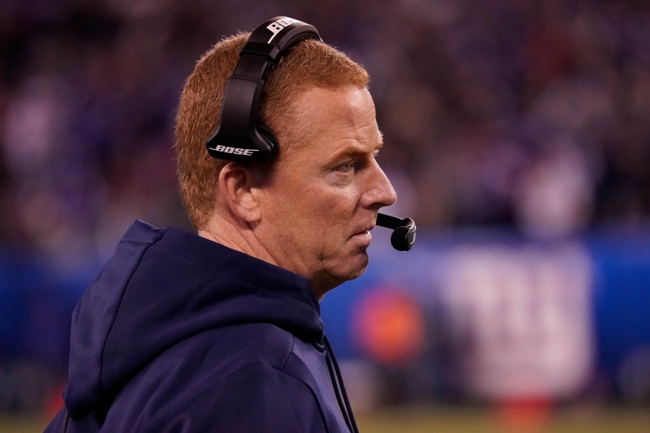 The Minnesota Vikings head to the Big D this weekend for a match up with the Dallas Cowboys.  The Vikings are coming off of a lose in a very close game against the Kansas City Chiefs in which the Vikings lost 26-23, snapping their 4 game win streak.  In their game against the Chiefs, Vikings quarterback Kirk Cousins completed 19 of 38 passes for 220 yards and 3 touchdowns.  Kyle Rudolph, Ameer Abdullah and Bisi Johnson all caught touchdown passes for the Vikings, but the teams lead receiver was Laquon Treadwell who caught 3 passes for 58 yards.  Minnesota’s lead rusher was Dalvin Cook who had a relatively quiet day on the ground rushing 21 times for 71 yards.

On the year, the Vikings are now 6-3 and currently sit in 2nd place in the NFC North.  Quarterback Kirk Cousins has thrown for 2,217 yards on the season for 16 touchdown passes and just 3 interceptions.  Stefon Diggs has been the Vikings top receiver and has caught 38 passes for 710 yards and 4 touchdowns so far this year.  Dalvin Cook has put up impressive numbers on the ground this season as he has ran 177 times for 894 yards and 9 touchdowns on the year.  The Vikings come into Sunday’s game pretty healthy as just 1 player is listed on the Vikings injury report as wide receiver Adam Thielen is listed as questionable.

Coming into Sunday’s game, the Vikings are scoring 26 points per game and allowing 17.6 points per game. The Cowboys enter their game against the Vikings after a win in last weekends game against the -New York Giants by the score of 37-18.  Dak Prescott completed 22 of 35 passes for 257 yards, 3 touchdowns and an interception.  Dallas’ lead receiver in the game was Amari Cooper who caught 4 passes for 80 yards and a touchdown.  Prescott’s other touchdown passes were caught by wide receiver Michael Gallup and tight end Blake Jarwin.  Dallas running back Ezekiel Elliott was a force on the ground and although he didn’t score in the game, he rushed for 139 yards on 23 carries.

On the year, the Dallas Cowboys are now 5-3 which is good enough for 1st place in the NFC East and have won 2 games in a row.  Prescott has thrown for 2,380 yards this season which also includes throwing 15 touchdowns passes against 8 interceptions.  Elliot has carried the ball 158 times for 741 yards and 6 touchdowns so far this year.  Cooper has been the Cowboys leading receiver on the year and has caught 42 passes for 701 yards and 6 touchdowns.  The Cowboys currently have 3 players listed on their injury report as Jeff Heath, Cameron Fleming and Leighton Vander Esch are all listed as questionable.