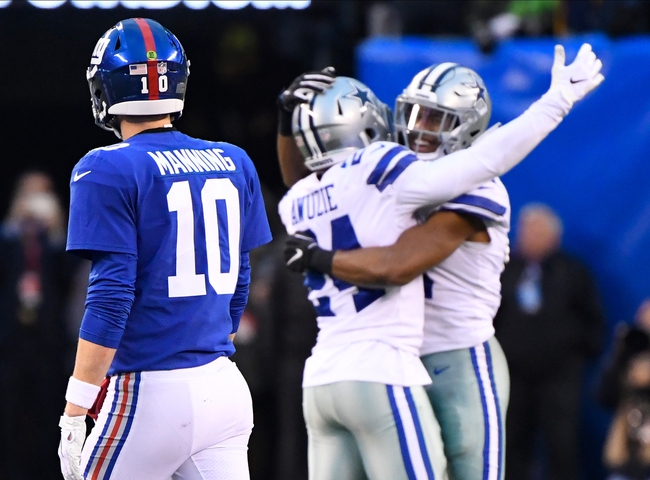 The New York Giants and the Dallas Cowboys will meet up on the NFL circuit in Week 1 action Sunday, September 8.

The Giants had a disappointing campaign in 2018 despite acquiring the dynamic Saquon Barkley in the draft. New York would finish 5-11 and in fourth place in the NFC East as they failed to protect a handful of fourth-quarter leads.

This preseason, the Giants opened up with a win over the Jets, then took out the Bears and the Bengals. In preseason Week 4 versus the Patriots, New York eked out a 31-29 comeback win.

Over on the Dallas side, they managed a 10-6 record in 2018 and pushed through to the top spot in the NFC East. The Cowboys took out the Seahawks in the Wild Card game, but fell in the Divisional Playoffs to the Rams 30-22.

In the 2019 exhibition games, Dallas fell to the 49ers in the opener but took out the Rams and Texans the next two weeks. In Week 4 versus the Buccaneers, the Cowboys fell 17-15.

This one opened up with the Cowboys favored by more than a touchdown, but it’s come down slightly since then—probably the right way to go. Realistically the Cowboys are in a much better position for success this season, but New York should be able to put up the points and keep pace here. If the line falls much below a TD I’ll probably look at this game again but for now I like the Giants to cover.