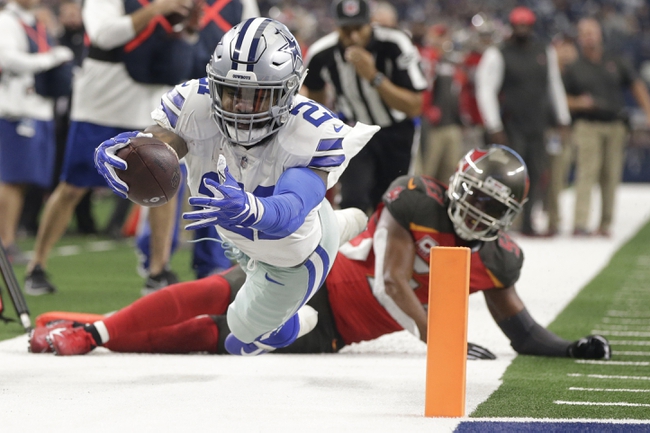 The Tampa Bay Buccaneers are 2-1 in preseason action after a 13-12 victory over the Cleveland Browns. Ryan Griffin and Jameis Winston combined for 209 passing yards and one touchdown. Dare Ogunbowale led the Buccaneers with 22 yards on seven carries, while Chris Godwin had 52 receiving yards on four receptions. Defensively, Jamel Dean led the Buccaneers with five tackles, Rakeem Nunez-Roches had two sacks and Darian Stewart had one tackle for loss. The Tampa Bay Buccaneers have been impressive defensively these last two games and have won those games with last-minute field goals. While it may not translate to the regular seasons, the Bucs have to be pleased with finding ways to win late. It builds team chemistry and shows the toughness of these Buccaneers backups. The Tampa Bay Buccaneers have split their last six preseason games.

The Dallas Cowboys are 2-1 in preseason play after a 34-0 win over the Houston Texans. Cooper Rush and Mike White combined for 229 passing yards and one touchdown. Tony Pollard led the Cowboys with 26 yards on six carries, while Devin Smith had 79 receiving yards on six receptions. Defensively, Justin Phillips led the Cowboys with five tackles, Taco Charlton had two sacks and Jalen Jelks had two tackles for loss. The Dallas Cowboys haven’t allowed a single point in their last six quarters and are coming off a game where they allowed just eight first downs and 2.4 yards per play. Preseason or not, the Cowboys have looked awfully sharp in these last two games and it has to have the fans somewhat excited. The Dallas Cowboys have lost five of their last seven preseason games.

The Dallas Cowboys defense has been quite impressive their last two games and their backup quarterbacks have actually made a play or two. You also have to be encouraged with how well the Cowboys played last week in particular. The Tampa Bay Buccaneers have been a bit hit or miss offensively and have had a little luck on their side in their victories. I'll lay the chalk with the Cowboys, the more consistent team up to this point.