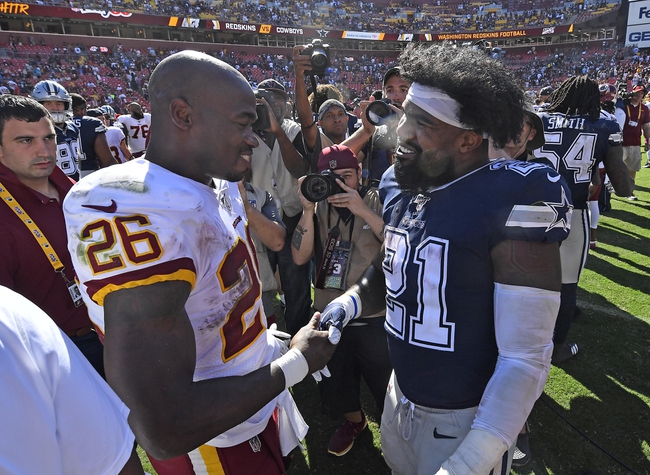 The Washington Redskins hit the road for a matchup with the Dallas Cowboys.  The Redskins are (3-12), coming off a 41-35 loss to the New York Giants.  The Cowboys are (7-8), after falling to the Philadelphia Eagles, 17-9.

In the Cowboys loss to the Eagles, Dallas saw its offense come from, Kai Forbath.  Forbath connected on 3 field goals, with a long of 49 yds.  Dak Prescott was 25 of 44 for 265 yds.  The Cowboys were out gained by the Eagles, 431 to 311.  Dallas had a lost fumble in the game.  With the loss, the Cowboys will need a win and an Eagles loss to make the playoffs.  The Cowboys had a hard time getting much going offensively, going just 3 of 14 on third down conversions.

Redskins are 2-5 ATS in their last 7 vs a team with a losing record.

Cowboys are 5-1 ATS vs a team with a losing record.

The underdog is 27-12 ATS in their last 39 matchups.  The Redskins are 9-3 ATS in their last 12 matchups when playing in Dallas.  The Cowboys have seemed to have a tough time getting motivated for big games, well this is a big game.  The Cowboys need a win if Dallas wants to have a chance at the postseason.  Washington has done well ATS when playing teams from the NFC.  Washington has lost their last 3 games by less than 11 points, which is what the spread currently sits at.  Jason Garrett's job is on the line and need a win in the biggest way possible.  Final score prediction, Cowboys win but the Redskins cover, 27-20.