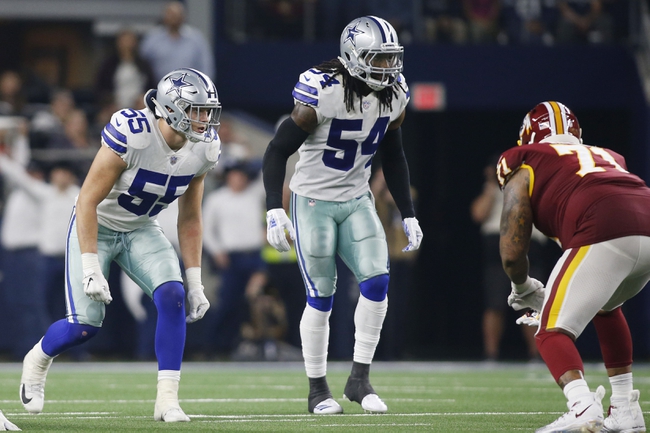 The Dallas Cowboys and the Washington Redskins will meet up on the NFL circuit in Week 2 action Sunday.

Dallas comes into this one after a Week 1 victory over the Giants. In that game, the Cowboys jumped out to a 21-7 lead at halftime, then added 14 more points in the third quarter for a 35-17 win.

In the Week 1 game, Cowboys QB Dak Prescott logged 405 yards and four touchdowns, while Ezekiel Elliott led the rush on 53 yards and a TD. Tops in receiving for Dallas was Michael Gallup with 158 yards on seven grabs.

Over on the Redskins’ side, they had a 20-7 edge on the Eagles at halftime, but stumbles in the second half cost Washington a victory. At the end, the Redskins fell 32-27 in a tough one.

Redskins QB Case Keenum posted 380 yards and three touchdowns in the Week 1 loss, with Terry McLaurin soaking up five catches for 125 yards and a score. Derrius Guice led an anemic rush with just 18 yards on 10 totes.

Even with a quiet day from Elliott (and against a not-so-good Giants team), Dallas looked every bit the NFC contenders with their Week 1 victory. The Cowboys can assert themselves well in the early-going with a victory here.

Still, I expect this to be a fairly competitive game, at least initially as the teams feel each other out. With a line under about six, I’m still okay on the Cowboys, but if it inflates much more I would probably rethink things.