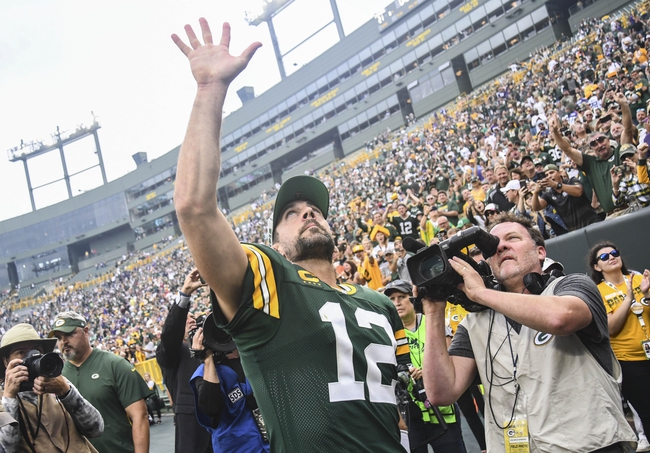 The Denver Broncos need a victory here to rebound from a slow 0-2 start to the season. The Denver Broncos have lost six of their last nine road games. Joe Flacco is completing 69.1 percent of his passes for 560 yards, two touchdowns and one interception. Flacco has two or more touchdown passes in four of his last nine games. Emmanuel Sanders and Courtland Sutton have combined for 344 receiving yards and two touchdowns while Noah Fant has six receptions. The Denver Broncos ground game is averaging 92.5 yards per contest, and Royce Freeman leads the way with 110 yards on 21 carries. Defensively, Denver is allowing 20 points and 315 yards per game. Josey Jewell leads the Denver Broncos with 20 tackles, Chris Harris Jr. has one tackle for loss and Kareem Jackson has three pass deflections.

The Denver Broncos have failed to cover eight of their last 11 games as a road underdog. The Green Bay Packers have covered 10 of their last 15 games as a home favorite. The Broncos have done very little offensively through two games and now get to go up against an improved Green Bay defense that's also come away with five turnovers. I'm looking for the Packers offense to start hitting its stride, as Rodgers now has a couple of games under his belt, he should start letting it fly a bit more. I never love leaving a hook on top of a key number, but I wouldn't be surprised to see the Packers open things up offensively and win this game by double digits. The Broncos haven't shown much horses on the offensive side of the ball.