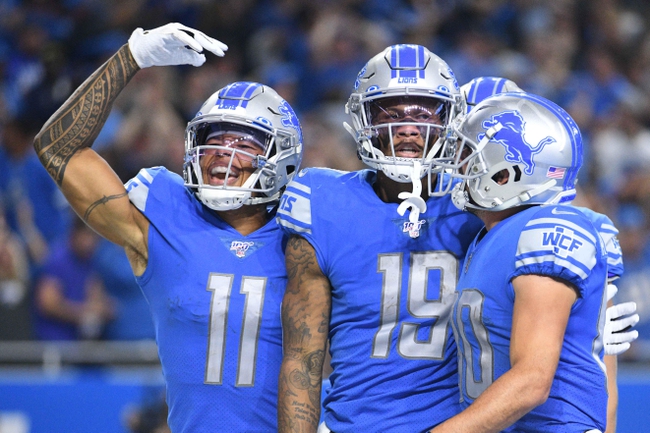 The Detroit Lions and the Philadelphia Eagles will match up on the NFL schedule on Sunday.

The Lions are sitting at 1-0-1 this season. Following a 27-27 tie versus the Cardinals, Detroit bagged a 13-10 win over the Chargers last weekend.

In the Week 2 win, Lions QB Matthew Stafford put up 245 yards with two TDs and two picks, and Kerryon Johnson logged 41 yards on the ground. Kenny Golladay led the receivers with 117 yards and a score on eight grabs.

In the defeat, Eagles QB Carson Wentz posted 231 yards with two picks and a score, while Miles Sanders had 28 yards rushing. Nelson Agholor put up 107 yards and a TD on eight catches.

Detroit has been pretty decent so far, and though they made quite a few mistakes in the game, the Week 2 win over the Chargers was a big one. They’ll need another good defensive outing against Philly here.

I like this one to be a pretty competitive game overall and it should be close. I’m going with the Lions to eke into that cover.