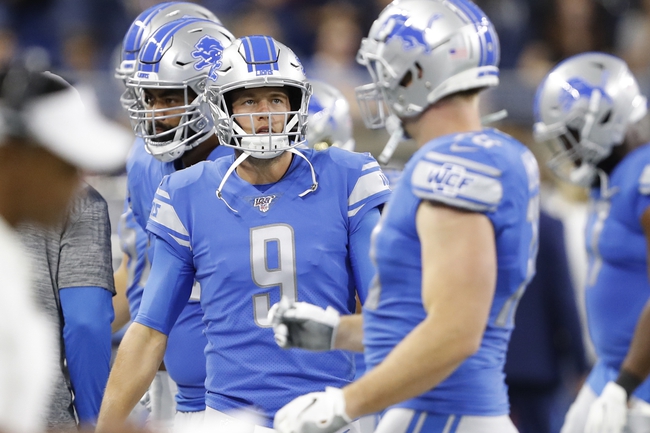 The Buffalo Bills and the Detroit Lions will match up on the NFL circuit Friday for Week 3 preseason activity.

Buffalo is coming off a 6-10 campaign in the 2018 season. The Bills finished in third place in the AFC East and failed to repeat an appearance playoffs amid the departures of some key players.

So far this preseason, the Bills are 2-0 and scoring pretty well. Buffalo opened things up with a 24-16 win over the Colts, then took out the Panthers last week with a 27-14 victory.

Over on the Lions’ side, they had myriad ups and downs in 2018, ultimately finishing at 6-10 in the basement of the NFC North. It was their first losing season since 2015.

Detroit has opened things up with a pair of losses so far this preseason, mustering only a field goal in a 31-3 loss to the Patriots. The Lions got a lot closer against the Texans last week but still fell 30-23.

Before Buffalo can even think about unseating the Patriots juggernaut in the AFC East, they’ve got to get past the Dolphins and Jets in those key divisional games. That’s no guarantee either, but it’ll be the first step in a multi-year rebuilding process.

As for the Lions, they’ve got a pretty well-rounded division to contend with as well. That’ll start with new offensive coordinator Darrel Bevell and the vets putting some points on the board. I think we’ll begin to see Detroit open things up a little bit here so I’m leaning that way on a cover.