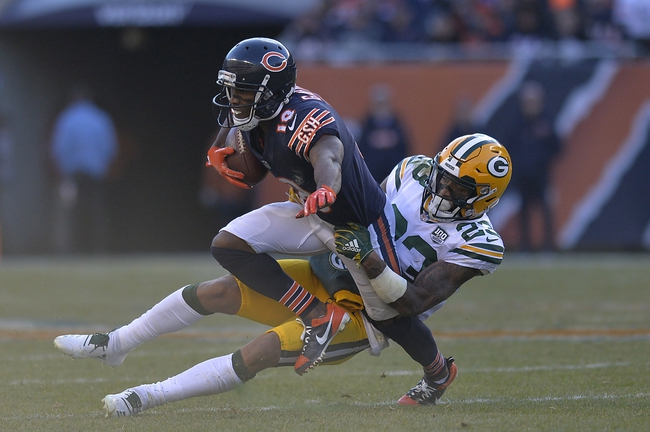 The Green Bay Packers and the Chicago Bears will kick off the NFL season with a Week 1 battle on Thursday.

The Packers are coming out of a disappointing 2018, going just 6-9-1 and finishing third place in the NFC North. Green Bay gets a new-look coaching staff this year and will aim to retake the division, which all starts here.

The Packers pulled off a 2-2 record in the preseason, falling to the Ravens and Raiders but taking a Week 1 victory 28-26 over Houston and a Week 4 win 27-20 over the Chiefs.

Over on the Bears’ side, they finished at 12-4 in the regular season last year and took first place in the NFC North. Chicago’s playoff run ended early however, with a Wild Card loss 16-15 to the Eagles.

Chicago posted a 1-3 record in the preseason this year. The Bears managed a 27-17 Week 2 win over the Colts, but otherwise fell to the Panthers, Giants and Titans.

Green Bay isn’t used to sustained ineptitude, but these past two seasons have been pretty rough on the Packers. They’ve missed the playoffs for consecutive years and are rebuilding once again, which is an uncomfortable situation with an aging (yet still very effective) starting QB.

As for Chicago, the early expectations couldn’t be much higher, as many people are talking Super Bowl already. There is of course a lot of football to be played, but the Bears are in prime position to take the division. This should be a fun game, as matchups between these teams always are. Still, the line isn’t too bad and I think Chicago can bang out a cover, so long as the offense shows up.