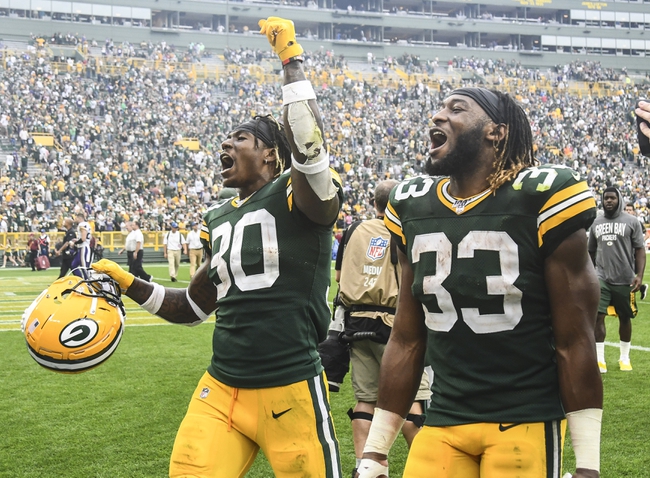 The Denver Broncos and the Green Bay Packers will meet up on the NFL circuit in Week 3 action on Sunday.

Denver limps into this one at 0-2 on the season. The Broncos fell 24-16 to the rival Raiders in Week 1 and lost on a last-second field goal 16-14 to the Bears in Week 2 during one of the craziest finishes we’re likely to see this season.

In that crushing loss, Broncos QB Joe Flacco put up 292 yards, one TD and one pick, and Royce Freeman had 54 yards to lead the rush. Emmanuel Sanders caught 11 balls for 98 yards and a TD as the lead Broncos receiver.

Over on the Packers’ side, they’re 2-0 this year. Green Bay beat Chicago 10-3 in their opener, then got another divisional win over the Vikings 21-16 in Week 2.

In the win over Minnesota, Green Bay QB Aaron Rodgers logged 209 yards and two touchdowns. Aaron Jones led the rush on 116 yards and a score, while Davante Adams had 106 yards on seven grabs.

Denver isn’t going to forget their Week 2 loss anytime soon; the emotional sway in the final minutes was pretty devastating. The team really needs to find some footing here, but going into Lambeau isn’t an ideal situation.

Green Bay stumbled a bit out of the gate but looked improved in Week 2. So long as the line is under a TD I like the Packers here but otherwise I would probably reconsider.