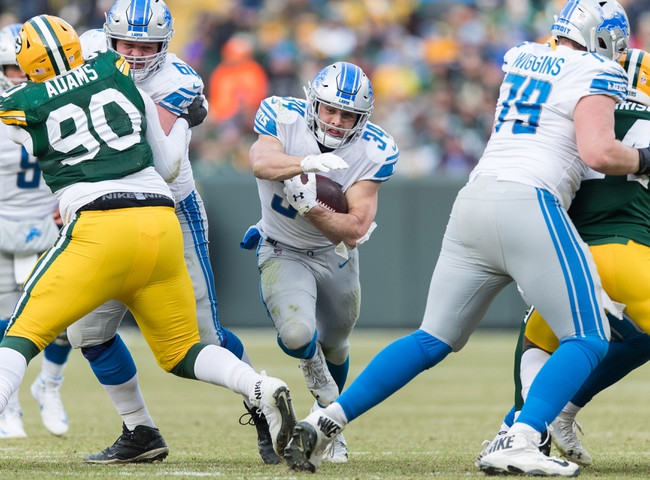 The Detroit Lions travel to Lambeau Stadium on Monday night against the Green Bay Packers in a battle of the top two teams in the NFC North.

There is not a lot between these two teams when they are looked at closely, whether straight up, against the spread, or totals. Both teams are 4-1 against the spread in their last five games. Both have good wins (Detroit over Philadelphia, Packers over Dallas and Minnesota). Green Bay has been a traditional power as a home favorite, covering the spread an NFL best 63.5 percent of the time since 2009. Since Matt Patricia took over as Lions head coach in 2018, the Lions have been incredible as a road underdog, covering five of seven times.

So what will separate these two teams? Most likely it will be defense. Both teams are going to score, but which defense will limit the other team’s damage best. Since an ugly season-opening win over the Bears, Green Bay has simply looked better and better on offense each week, scoring 21, 27, 27, and 34 points in the subsequent weeks. Detroit has also been good offensively, scoring 20 or more points in four of five games this year.

Despite all of these similarities, it will be the combined defense of the two that will finally make the biggest difference in the game. And that is the lack of defense that will be shown by both. The total of 46 is low for two teams that have gone over in six of the last seven meetings against each other. Trust in Matthew Stafford and Aaron Rodgers to get those offenses going to reach that total and end Monday night with a bang.