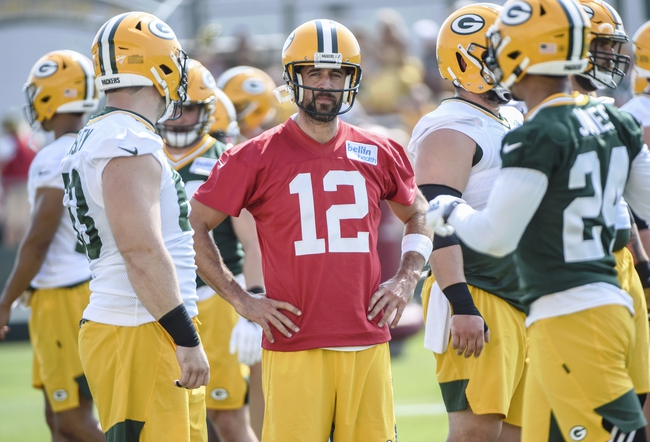 The Houston Texans and the Green Bay Packers meet in week 1 NFL preseason action from Lambeau Field on Thursday.

The Houston Texans come into the 2019 season looking to build on a solid 2018 campaign that saw the Texans finish with an 11-5 record and their 3rd AFC South division title in the last four years. The Texans started the season 0-3, before rattling off nine straight victories, setting a franchise record for consecutive wins and an NFL record for the most consecutive wins after starting a season 0-3. The Texans stay in the postseason was short-lived though, as Houston was bounced in the Wild Card round by the rival Indianapolis Colts by a final score of 21-7. Deshaun Watson returns to take the reins of the Houston offense after throwing for 4,165 yards, 26 touchdowns and just 9 interceptions in starting all 16 games last season. Watson also completed 68.3% of his pass attempts from last season. Lamar Miller returns to anchor the backfield after rushing for 973 yards and 5 touchdowns last season. DeAndre Hopkins is back as well after hauling in 115 catches for 1,572 yards and 11 touchdowns, finishing 3rd in the NFL in catches and 2nd in receiving yards last season. J.J. Watt, Tashaun Gipson, Bradley Roby and Johnathan Joseph return to anchor a Texans defense that’s hoping to crack the top-10 in total yardage after finishing 2018 3rd in the NFL against the run, allowing just 82.7 rushing yards per game, but in the bottom-5 against the pass, giving up 260.4 passing yards per game last season. As a team, Houston averaged 362.5 yards of total offense and 25.1 points per game while allowing 343.1 yards of total offense and 19.8 points per game last season.

The Green Bay Packers will look to bounce back after another disappointing season, finishing the 2018 campaign with a record of 6-9-1, missing the playoffs and finishing 3rd in the NFC North for the second consecutive season. The Packers never strung together back-to-back wins over the course of the entire season and dropped five out of six games following their bye week, resulting in the firing of then head coach Mike McCarthy and leading Green Bay to hire Matt LaFleur as his replacement in the offseason. Aaron Rodgers is back after throwing for 25 touchdowns and just two interceptions last year on 62.3% passing while accumulating 4,442 passing yards. Aaron Jones and Jamaal Willaims are both back after splitting the running back workload for the Packers last season, combining for 1,192 yards and 11 touchdowns last year. Davante Adams is also back to lead Green Bay’s receiving group after leading Green Bay with 111 catches for 1,388 yards and 13 touchdowns last season, more than double compared to the next leading receiver on the list. Blake Martinez and Tramon Williams are back to watch over a defense that finished in the middle of the pack last season in most team defensive statistics. Last season, as a team, Green Bay averaged 369.1 yards of total offense and 23.5 points per game while allowing 354.4 yards of total offense and 25 points per game.

Betting preseason football is always tough because you never really know how many reps the starters are going to get if any, especially in the first week of the preseason. Early preseason betting is all about depth and side by side, I think the Packers have slightly more depth than the Texans do. You also have to figure that Green Bay will want to get started on the right foot under their new head coach, so I’ll lay the points with the Packers at home here.