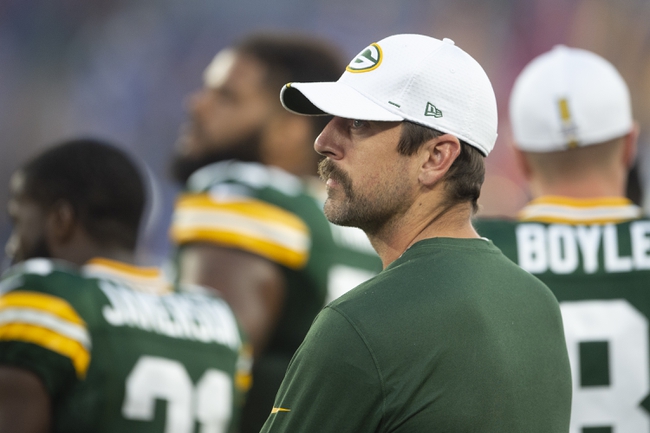 The Kansas City Chiefs are 1-2 in preseason action after a 17-27 loss to the San Francisco 49ers. Patrick Mahomes and Kyle Shurmur combined for 193 passing yards and one touchdown. Darrel Williams led the Chiefs with 19 yards on five carries, while Damien Williams had 74 receiving yards and one touchdown on three receptions. Defensively, Daniel Sorensen led the Chiefs with six tackles, Tanoh Kpassagnon had one sack and Frank Clark had one tackle for loss. The Kansas City Chiefs haven’t been the best this preseason defensively and there are obvious things to clean up, but you have to be pleased with how Mahomes has played in limited action. As long as Mahomes is playing well and not showing signs of a sophomore slump, the Chiefs are in great shape and remain a strong Super Bowl contender. The Kansas City Chiefs have split their last six preseason games.

The Green Bay Packers are 1-2 in preseason action after a 21-22 loss to the Oakland Raiders. Tim Boyle and DeShone Kizer combined for 193 passing yards, two touchdowns and one interception. Tra Carson led the Packers with 32 yards and one touchdown on nine carries, while Trevor Davis had 78 receiving yards and one touchdown on five receptions. Defensively, Ty Summers led the Packers with 10 tackles, Brady Sheldon had one sack and Tray Matthews had four tackles. The Green Bay Packers ended up sitting 33 different players in last weeks game in Winnipeg, including Aaron Rodgers, who will now go the entire preseason without seeing the field. That obviously doesn’t impact this game in any way, but it certainly is worth factoring in next week when the Packers take on the Chicago Bears at Soldier Field to open up the 2019 NFL season. The Green Bay Packers have lost four of their last five preseason games.

In a game where backups will rule, I'll take a former starting quarterback in DeShone Kizer over anything the Chiefs have to offer. The Kansas City Chiefs have been very vanilla with their play calling up to this point and haven't done much in the later quarters. At home and with some decent backups still fighting for playing time, I'll lay the small chalk with the Packers.