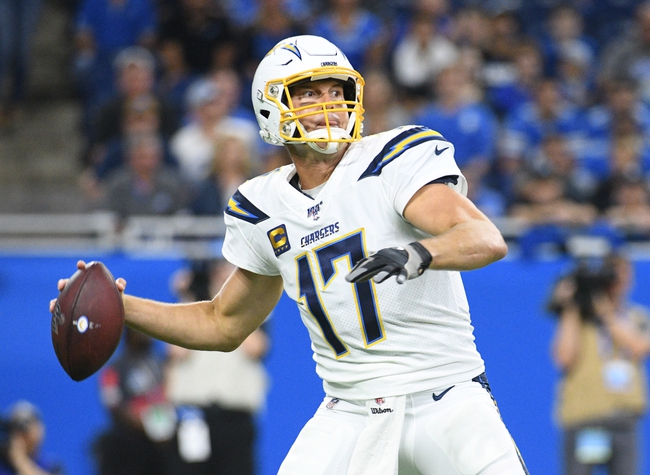 The Houston Texans look for their first road win to get a game above a .500 record. The Houston Texans have won five of their last seven road games. Deshaun Watson is completing 61 percent of his passes for 427 yards, three touchdowns and one interception. Watson has two or more touchdown passes in six of his last 11 games. DeAndre Hopkins and Will Fuller V have combined for 260 receiving yards and two touchdowns while Kenny Stills has five receptions. The Houston Texans ground game is averaging 153 yards per contest, and Carlos Hyde leads the way with 173 yards on 30 carries. Defensively, Houston is allowing 21 points and 395.5 yards per game. Zach Cunningham leads the Houston Texans with 15 tackles, Whitney Mercilus has three sacks and Johnathan Joseph has two pass deflections.

The Houston Texans are 4-4-1 ATS in their last nine games as a road underdog. The Los Angeles Chargers are 2-5-1 ATS in their last eight games as a home favorite. It's going to be interesting to see which team we get from both sides, as the Texans took the Saints down to the wire but then had trouble putting away the Jaguars. The Los Angeles Chargers entered the season as a popular Super Bowl pick but nearly blew a game to the Colts and lost on the road to the Lions. I'm still feeling both of these teams out right now, but I hav to admit I'm a little turned off by the way the Chargers are playing out of the gate. The Houston Texans are led by gamers who play with a little pep in their step. They'll be up for this one. Give me the free field goal.