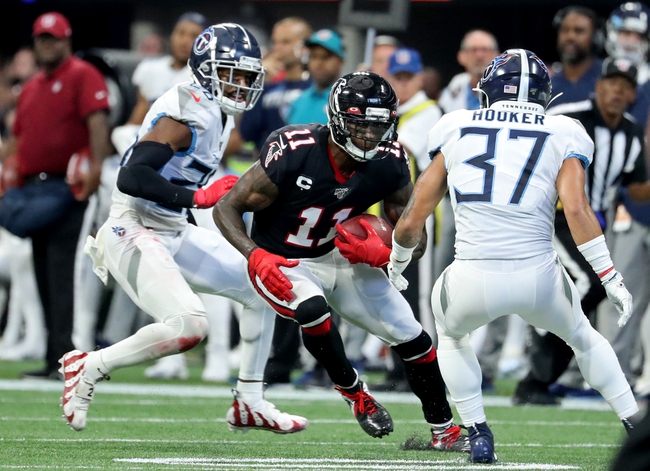 The Atlanta Falcons are set to visit NRG Stadium in Houston, Texas for a Week 5 clash against the Houston Texans. The Atlanta Falcons come into this matchup with a 1-3 record, and they will be looking to rebound after dropping their recent home game against the Tennessee Titans, 24-10. QB Matt Ryan had a big game for the Falcons as he threw for 397 yards, but he was unable to throw a TD pass. TE Austin Hooper was the top target for Ryan and the Falcons as he hauled in 9 catches for 130 yards while Julio Jones contributed 9 catches for 91 yards.

The Atlanta Falcons struggled on the defensive side of the ball against the Tennessee Titans as they allowed them to score 24 points and rack up a total of 365 yards of offense. LB De’Vondre Campbell led the way for the Atlanta Falcons with 17 tackles and 2.5 TFL while forcing 2 fumbles. Ricardo Allen was able to have a solid game from the secondary for the Falcons as he contributed 8 tackles while also picking up 1.5 TFL.

The Houston Texans come into this matchup with a 2-2 record, and they will be looking to rebound after dropping their recent home game against the Carolina Panthers, 16-10. QB Deshaun Watson struggled to get much going for the Texans through the air as he connected on 21 of his 33 pass attempts for 160 yards. WR Deandre Hopkins was the top target for Watson and the Texans as he hauled in 5 catches for 41 yards.

The Houston Texans were solid on the defensive side of the ball against the Carolina Panthers as they held them to 16 points and a total of 297 yards of offense. Zach Cunningham led the way for the Houston defense with 14 tackles and a TFL. J.J. Watt was able to get into the Panthers backfield and record a sack and a TFL while also pitching in 6 tackles. Jonathan Joseph had a solid game from the secondary for the Texans as he contributed 2 pass deflections.

The home team has dominated the number when the Houston Texans and Atlanta Falcons meet as they have covered the spread in 4 consecutive meetings. The Houston Texans need to get back on track after losing at home to a backup QB and an average Carolina Panthers team. The offense was sluggish for the Texans against the Panthers, but I expect Watson and Hopkins to find success against a Falcons defense who has struggled at times this season. The Texans are very good on the defensive side of the ball and they will force Matt Ryan into mistakes early and often which has been a similar winning trend for teams this season.