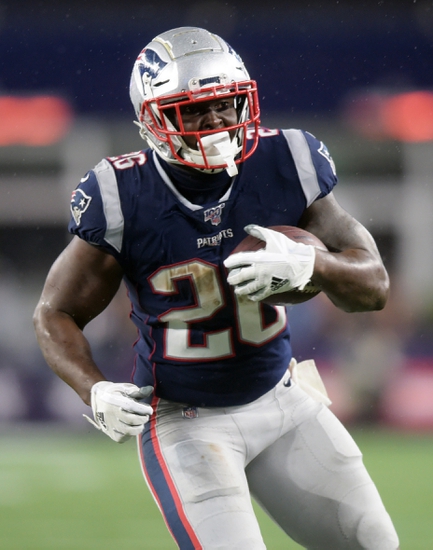 A game with major playoff implications will take place at NRG Stadium in Houston on Sunday night when the New England Patriots (10-1) will take on the Houston Texas (7-4). A loss in this one will hurt either team as they move forward toward the end of the season and the playoffs.

For New England, a win would hold off Baltimore in the battle for home-field advantage through the playoffs. The Ravens, of course, hold the tiebreaker over the Patriots after Baltimore’s 37-20 win four weeks ago, so a Patriot loss and Ravens win would put Baltimore at the top of AFC with four games to go. For Houston, a win would solidify its spot atop the AFC South standings, but with Indianapolis and Tennessee -- two teams that sit one game behind Houston -- playing each other this week, one team would still remain just one game back. And a Texans loss would push them into a tie for the division lead creating a frantic final four games of the season.

The Patriots enter the game on paper as clearly one of the best teams in the NFL with a 10-1 record, but while these wins came easily at the beginning of the season, it has been anything but since. Over the first eight weeks of the season, New England went 8-0 while outscoring its opponents 247-61 while scoring more than 30 points in six of those eight games. But since that time, and starting with the loss to Baltimore, the Patriots are still 2-1, but they have actually been outscored over those three games 58-50. Even after taking out the loss to the Ravens, the wins have not been dominant in a 17-10 victory over Philadelphia and a 13-9 win over Dallas.

Sure, the competition did get better. The season-opening 33-3 win over Pittsburgh isn’t nearly the surprise now that it was at the beginning of the season considering the Steelers’ struggles this year, but the rest of the season-opening eight-game win streak came against the likes of Miami, the Jets twice, the Giants, Washington, and Cleveland. But issues at receiver have made things tough for Tom Brady, who has had players come and go all season at that position. Mohamed Sanu and Phillip Dorsett could not play against Dallas due to injury, which allowed the Cowboys to bottle up Julian Edelman and force Brady to try to throw to virtual no-name receivers all game.

It was the defense that continues to get it done for the Patriots, though. Dallas entered last week’s game as the No. 1 offense in football but failed to score a touchdown in the loss. The Cowboys did move the ball -- Dak Prescott threw for 212 yards and Ezekiel Elliott ran for 86 more -- but the stingy Patriots defense that allowed a league-best 10.6 points per game, only allowed three field goals. And while dominating the defensive scoring statistic in the NFL this season, New England is second in yards allowed per game, giving up just 256.4 yards in each contest.

Brady has once again been great with limited resources to throw to. Incredibly, Brady ranks fifth in the NFL with 2,942 yards passing with 15 touchdown passes and only five interceptions. Edelman is Brady’s favorite target, catching 76 passes for 809 yards and four touchdowns, while Dorsett leads the team with five touchdown receptions. Sony Michel is the team’s leading rusher with 600 yards and six touchdowns on the ground, but his 3.4 yards per carry could use some improvement. Overall, the Patriots’ offense ranks fifth in the NFL in points per game at 27.3 despite the receiver woes this year.

Houston enters the game winning three of four and five of seven boasting a top-10 scoring offense in the NFL at 24.1 points per game led by Deshaun Watson. The Texans enter the game scoring 27 or more points in six of their 11 games with an impressive 5-1 record at NRG Stadium. Houston ran into the Baltimore buzzsaw two weeks ago and dropped a divisional game to Indianapolis in Week 7, but the Texans were able to avenge that loss at NRG last week.

Watson was brilliant, completing 19-of-30 passes for 298 yards and a pair of touchdowns, while Will Fuller had a massive game, catching seven passes for 140 yards. DeAndre Hopkins caught six more for 94 yards and two scores, while Carlos Hyde carried the ball 16 times for 67 yards. Houston trailed by four in the fourth quarter, but a 30-yard touchdown pass from Watson to Hopkins early in the final period gave the Texans the lead and the defense took care of things from there. That defense shut down the Colts’ passing game, holding Jacoby Brissett to just 129 yards through the air.

Watson ranks eighth in the NFL this season with 2,899 yards passing and tied for sixth in touchdowns with 20 to go along with just seven interceptions. Hopkins leads the team with 839 yards receiving with six touchdowns, while Fuller, who missed three games due to injury, has caught 41 passes for 590 yards. Tight end Darren Fells is tied with Hopkins for the team lead in touchdown receptions with six. On the ground, Carlos Hyde has rushed for 836 yards and four touchdowns with an impressive 4.8 yards per carry average.

With New England’s stout defense and its recent struggles on offense, it makes sense to look at the under here. The Patriots and their opponents have not cracked 30 points over the past two weeks and when looking at the trends this season, these two teams are set up to go under the total of 44.5 this week. Of the 22 games these two teams have played this season, the scores have gone under the total 15 times. And in this circumstance with New England on the road and Houston at home, the numbers are even more favorable. Five of the Patriots’ six road games have gone under the total, while four of the Texans’ five home games have gone under.

It’s getting close to the end of the season and that’s when playoff football is played. Take the under in this matchup and watch two potential playoff teams use their defenses to try to win the game.