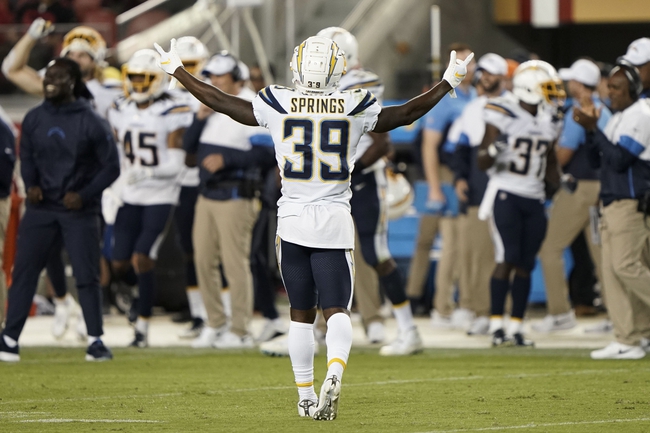 The Indianapolis Colts will host the Los Angeles Chargers in Week 1 NFL action on Sunday.

The Colts are coming off a 10-6 record in 2018, taking second place in the AFC South Division. In the Wild Card game, Indy beat the Texans 21-7 but fell in the Divisional Round 31-13 to the Chiefs.

Over on the Chargers’ side, they went 12-4 in the 2018 campaign and took second in their division as well. LA won the Wild Card Round against the Ravens but fell to the Patriots in the Divisional game.

LA logged a 1-3 record in the preseason as well. The Chargers dropped their first three games to the Cardinals 17-13, Saints 19-17 and Seahawks 23-15 but took out the Niners 27-24 in their final installment.

Well, things are certainly going to be different in Indianapolis this season following the retirement of QB Andrew Luck. The good news is that the Colts have a good staff in place and can make the replacement process as seamless as possible.

Still, with a key piece out of the mix now I don’t see the Colts starting things off strong—especially with a tough LA team coming in Week 1. I’m going to stay on the Chargers here.