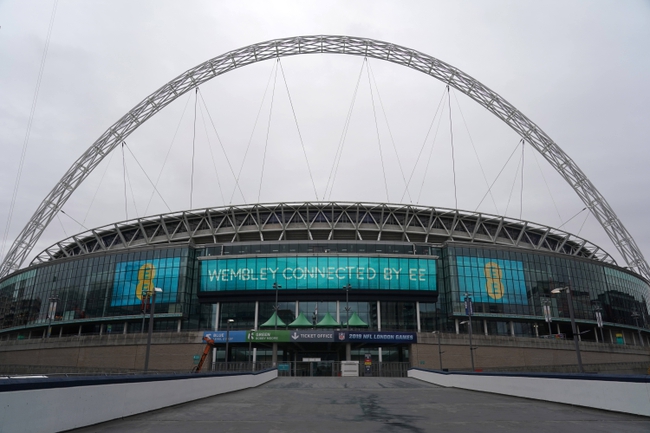 The Houston Texans and Jacksonville Jaguars is the next matchup that is part of the series taking place at Wembley Stadium in London. The Texans enter this game with a record of (5-3) to this point.  the Texans are coming off a narrow 3 point victory over the Oakland Raiders, 27-24.  The Jaguars have won their last 2 games to get back to 500 for the season (4-4).  The Jaguars enter this game, having just beat the Jets 29-15.

Houston saw quarterback Deshaun Watson complete 27 of 39 passes for 279 yds and 3 touchdowns.  The Texans as a team rushed for 130 yds.  Carlos Hyde led the backfield with 83 yds rushing on 19 carries.  DeAndre Hopkins reeled in 11 receptions for 105 yds in the win.  the Texans were trailing most of the game, but rallied in the 4th quarter to out score the Raiders 14 to 3.  The Texans out gained the Raiders 388 to 378.  There were no turnovers in the game.

In the win over the Jets, Jaguars quarterback . Gardner Minshew threw for 3 touchdowns and no interceptions.  Minshew was 22 of 34 for 279 yds. Leonard Fournette rushed for 76 yds on 19 carries.  Chris Conley led the Jacksonville receiving core with 103 yds on 4 receptions and a score.  The Jaguars defense held the Jets to 213 of total yards offensively.  The Jaguars defense also forced Jets quarterback Sam Darnold to throw 3 picks.

The Texans are 1-3 ATS as the favorite.

The Texans are 2-4 ATS in their last 6 against the Jaguars.

The under is 3-1 when the Texans are the favorite.

The Jaguars are 5-1 ATS vs conference opponents.

The Jaguars are 3-2 ATS as the underdog.

Looking into this early morning Sunday matchup, both teams will have to make the time difference adjustment.  The Jaguars have the experience in this situation, compared to the Texans.  This is a very key game for the Jaguars, if the Jags are wanting to get into the post season.  The Texans are going to do their part in trying to ruin those hopes.  The Texans in a way are at a disadvantage here, as London seems to be the Jaguars 2nd home.  It will be interesting to see how the fans affect this game.  I am going to side with Jacksonville here, based off their play the last two weeks and with the amount of experience they have in London.  Final score prediction, Jaguars win and cover 27-24.