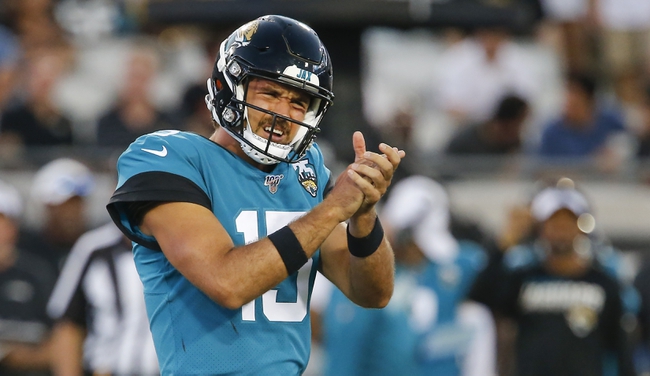 The Kansas City Chiefs and the Jacksonville Jaguars will open up their NFL seasons with Week 1 action on Sunday, September 8.

The Chiefs are coming out of a successful regular-season campaign in 2018, going 12-4 and winning the AFC West. Kansas City win the Divisional Playoff round over the Colts 31-13 but fell in a tough one 37-31 in the AFC Championship to the Patriots.

Over on the Jaguars’ side, they’ve got some work to do after a bad 2018. Despite coming out of the gate at 3-1, Jacksonville faltered in a seven-game losing streak and ended up at 5-11 in the basement of the division.

In the preseason, Jacksonville stumbled out of the gate as well, dropping their first three games against the Ravens, Eagles and Dolphins—scoring just 17 points in the process. In Week 4 versus the Falcons, the Jaguars lost 31-12.

Line-wise it’s a little surprising this one hasn’t inflated much further; most people seem to be on the Chiefs here, myself included. Realistically there’s not a whole lot of chance the Jaguars offense keeps up with KC, so I’m not going to overthink it too much.