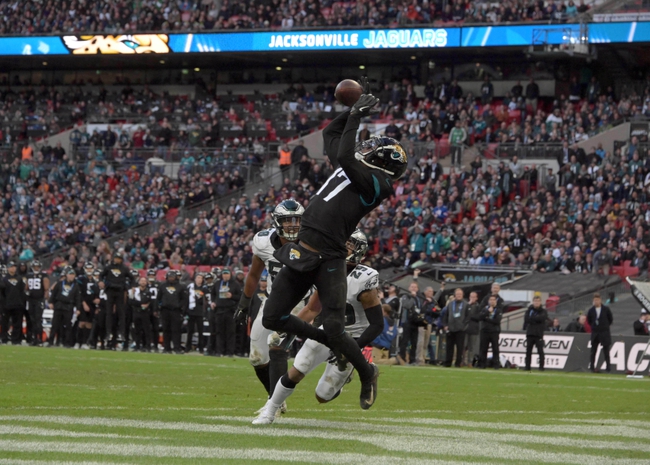 The Philadelphia Eagles are coming off a loss to the Tennessee Titans where they are outscored 27-7 in the final three quarters. Nate Sudfeld led the way with 177 passing yards and a touchdown, while Carson Wentz didn’t see the field as he continues to rehab from his injury. Donnel Pumphrey had 11 rushing yards on three carries and Marken Michel had a 75-yard receiving touchdown, the only touchdown of the game for the Eagles. Defensively, Josh Hawkins had eight tackles, Ajene Harris had one sack and Daeshon Hall had three tackles for loss. Preseason or not, you’d like to see the Eagles offensive playmakers step up, as there was very little excitement outside of the touchdown reception from the former Calgary Stampeders wideout. The Philadelphia Eagles have lost five of their last six preseason games.

The Jacksonville Jaguars have nowhere to go but up after losing to the Baltimore Ravens, 0-29. Gardner Minshew completed 50 percent of his passes for 46 yards, while the Alex McGough and Tanner Lee were 3-11 with a pair of interceptions. Ryquell Armstead led the charge with 22 rushing yards on eight carries and Trey McBride had 42 receiving yards on three receptions. Defensively, C.J. Reavis led the Jaguars with eight tackles, Picasso Nelson had one sack and Dawuane Smoot had one tackle for loss. The Jaguars averaged just 2.1 yards per play and produced eight first downs for the game. Maybe the Jaguars offense will have some sign of life when Nick Foles is on the field? The Jacksonville Jaguars have split their last eight preseason games.

The Jacksonville Jaguars looked absolutely awful in their preseason opener, but they should play their starters in this contest, which likely makes a world of difference. The Philadelphia Eagles lost their backup QB in their opener in Nate Sudfeld, and that means you're going to get a heavy dose of Cody Kessler and Clayton Thorson in this contest. Uh, no thank you. I'll lay the reasonable chalk with the Jags at home.