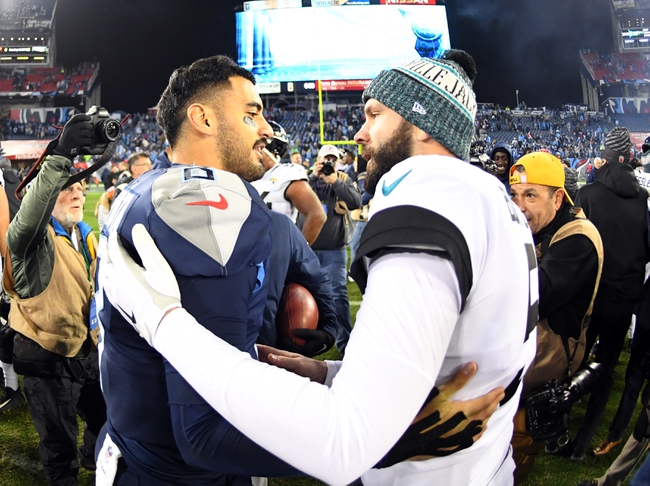 The Tennessee Titans are 3-6-1 ATS in their last 10 games as a road favorite. The Jacksonville Jaguars are 4-4-1 ATS in their last nine games as a home underdog. The Titans have won the last four meetings against the Jaguars, winning those games by an average of 12.5 points. The Titans have also won seven of the last 10 meetings against the Jaguars. We've seen two different versions of both teams, as the Titans looked great in their road win over the Browns and lost at home to the Colts. The Jaguars fell apart against the Chiefs in their season opener and took the Texans down to the wire as big road dogs. I'm going to back history here and take the Titans, a team that's very underrated in the AFC and needs to take advantage of games like this if they're going to make a push for the playoffs. With a schedule that has a lot of tough games, you could consider this a must-win for the Titans if they're going to make something of this season. I'll lay the small chalk.