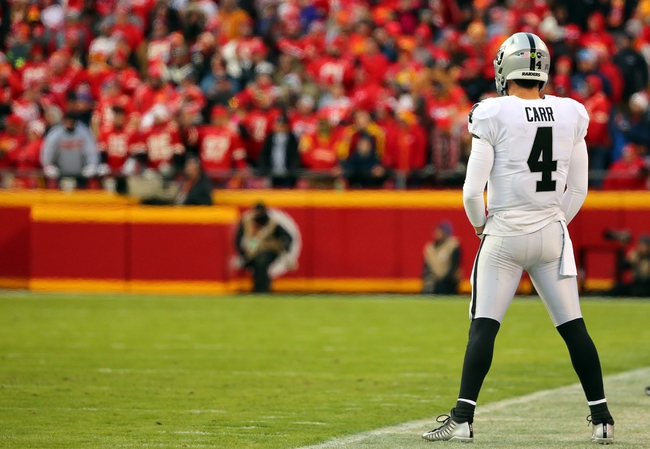 The Oakland Raiders look for another upset win after beating the Denver Broncos last Monday night. The Oakland Raiders have won their last three home games. Derek Carr is completing 84.6 percent of his passes for 259 yards, one touchdown and zero interceptions. Carr has one or less touchdown passes in five of his last seven games. Tyrell Williams and Darren Waller have combined for 175 receiving yards and one touchdown while Josh Jacobs has one reception. The Oakland Raiders ground game is averaging 98 yards per contest, and Jacobs leads the way with 85 yards and two touchdowns. Defensively, Oakland is allowing 16 points and 344 yards per game. Karl Joseph leads the Oakland Raiders with seven tackles, Benson Mayowa has two sacks and Johnathan Abram has one pass deflection.

The Kansas City Chiefs have split their last 10 games ATS as a road favorite. The Oakland Raiders are 6-6-1 ATS in their last 13 games as a home underdog. The Chiefs have won eight of the last nine meetings against the Raiders and seven of those eight wins were decided by at least seven points. The Raiders looked good in their season opener against the Broncos, but it's a completely different ballgame when going up against this KC offense and a Joe Flacco led offense. The Raiders also lose some of that magic in the air they had on a late Monday night with this being a Sunday afternoon game. If the Kansas City Chiefs offense gets going, I'm not confident the Raiders have the horses to hang around. I'll lay the touchdown.