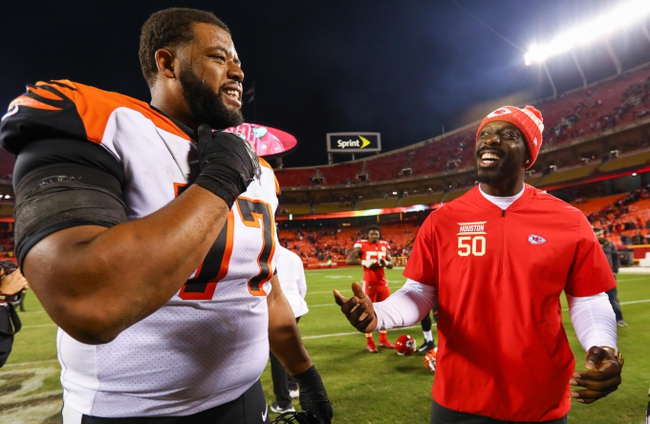 The Cincinnati Bengals will officially begin the Zac Taylor era, as Marvin Lewis isn’t the coach of this franchise for the first time since 2002. Maybe this is the season where the Bengals get the most out of their talent and actually accomplish something. In terms of what to watch in the preseason, I’m interested to see who steps up at wide receiver between Auden Tate, Josh Malone, Cody Core and Alex Erickson. With AJ Green expected to miss a couple of weeks due to injury, guys have to step up to be the No. 2 next to Tyler Boyd. The backup QB battle between Ryan Finley and Jeff Driskel is also worth keeping an eye on, as one of those guys could eventually replace Andy Dalton. I’m also interested to see how Carl Lawson looks after his ACL injury, as he had a promising rookie season and could turn this Bengals defensive front into a scary unit if he can return to form. The Cincinnati Bengals have split their last eight preseason games.

The Kansas City Chiefs are one of the rare teams without a lot of question marks, as they’ve won double-digit games the last four years and are a popular Super Bowl pick. However, there’s an interesting battle for the starting free safety job between Daniel Sorensen and rookie Juan Thornhill, and I wouldn’t be surprised at all if the youngster steals the job. The Cheifs also need to establish running back depth with the loss of Kareem Hunt, and it’s going to be up to Darrel Williams, Carlos Hyde and Darwin Thompson to emerge behind the veteran Damien Williams. It’s also always fun to watch tight end Blake Bell play, a versatile player from Oklahoma and could thrive under the creativity of Andy Reid. The Kansas City Chiefs have split their last eight preseason games.

The Cincinnati Bengals have to show me something under their new head coach before I can get behind them with any confidence. The Kansas City Chiefs likely won't play their starters much on either side of the ball knowing what they have already, but this coaching staff is so creative and exposes weaknesses that you expect the backups to have their chances to produce big plays. I'll lean toward the Chiefs in a victory by a touchdown.