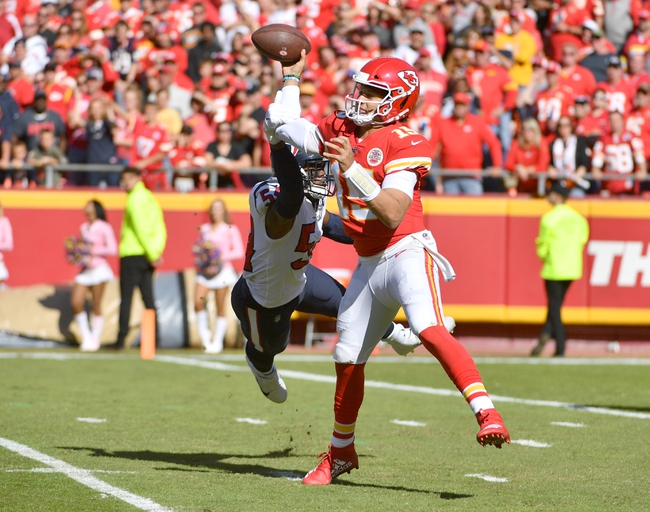 On Sunday, the Houston Texans visit Arrowhead Stadium in Kansas City, Missouri to play the Kansas City Chiefs in an AFC divisional playoff game. The Texans defeated the Buffalo Bills 22-19 in overtime on Saturday in their AFC wildcard showdown. Deshaun Watson threw one touchdown pass and rushed for another during regulation and then led the Texans on a drive during overtime that ended with the winning field goal.

Kansas City finished the regular season 12-4 as AFC West champions and is riding a six-game winning streak after defeating the Los Angeles Chargers 31-21 in the regular season finale.  Houston beat Kansas City in Week 6 at Arrowhead 31-24, but Chiefs quarterback Patrick Mahomes played with a severely injured ankle. The Chiefs will look to exploit a Houston defense that allowed 33 touchdown passes this season which is sixth highest. Tyrann Mathieu at safety for KC will be key as the Chiefs lost Juan Thornhill to a knee injury.

During the regular season, Kansas City quarterback Patrick Mahomes threw 3,857 yards passing, 25 touchdowns and four interceptions. LeSean McCoy led the Chiefs in rushing with 465 yards and four touchdowns. Travis Kelce led all Chiefs receivers with 1.205yards and five touchdowns, while Anthony Hitchens was the Chiefs leader in tackles with 78.

The UNDER has cashed in 7 of the Texans last 10

The UNDER has cashed in 5 of the Chiefs last 6

Kansas City at home will be too much for Houston. The Chiefs are 4-1 in their last 5 at Arrowhead. The Chiefs are riding a six-game winning streak while going 6-0 ATS over the same span. In addition, the Chiefs strength is through the air with quarterback Patrick Mahomes and Houston gave up 33 touchdowns passes during the season. Lay the points for and take the Chiefs. Final Score Prediction, Kansas City Chiefs win and cover ATS 33-17