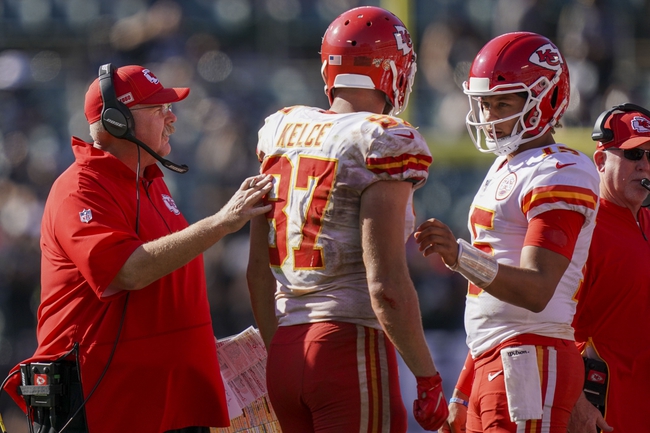 The Indianapolis Colts will look to pull off a major upset when they travel to Arrowhead Stadium to battle the Kansas City Chiefs on Sunday night. The Colts have split their first four games and are currently in a four-way tie for the AFC South Division lead. On Sunday, Indianapolis allowed the first 14 points of the game and were unable to rally during a disappointing 31-24 home loss versus Oakland. The Colts turned the ball over twice and managed just over 26 minutes of possession.

Indianapolis QB Jacoby Brissett completed 24 of his 46 passing attempts for 265 yards and three touchdowns. The defense was gashed for 188 rushing yards on 32 carries.

The Kansas City Chiefs are one of three unbeaten teams in the NFL and appear to be on a collision course with New England for an AFC Championship rematch. On Sunday, RB Darrell Williams scored a 1-yard touchdown with 23 seconds remaining to lift Kansas City to a 34-30 road victory against Detroit. The Chiefs trailed by ten points after one quarter and allowed the Lions to gain 6.1 yards per play.

Indianapolis WR T.Y. Hilton (quad) did not play in Sunday’s loss and is listed as questionable for this matchup. Kansas City bounced Indianapolis from last postseason with a 31-13 home victory in the division round. Look for a more balanced Colts’ squad to keep things closer than expected on Sunday night. Final Score Prediction, Kansas City Chiefs 30-27.