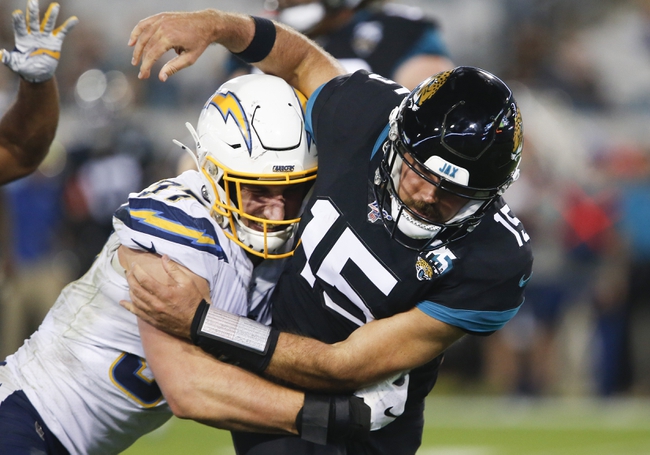 The Minnesota Vikings (9-4) will head west on Sunday when they will take on the Los Angeles Chargers (5-8) at Dignity Health Sports Park in Carson. The Vikings are in need of a win to keep a hold on the sixth and final wild-card spot. A Minnesota loss combined with a Rams win would push the Rams above the Vikings in that final playoff spot.

Minnesota enters the game playing some good football, going 7-2 in its last nine games with only a three-point loss to Kansas City and a touchdown loss to Seattle blemishing the Vikings’ record in that time. Interestingly enough, though, all of Minnesota’s losses have come on the road and its only road wins came against the Giants, Detroit, and Dallas. The final three weeks for the Vikings aren’t easy, either, with this road game at the Chargers followed by divisional home games against Green Bay and Chicago. Interestingly, although Minnesota is one game from dropping out of the postseason spots, it is also just one game behind Green Bay for the divisional lead.

The Vikings’ defense looked dominant last week against a short-headed team from Detroit after allowing more than 20 points in six of their previous seven games. Minnesota had five sacks with Danielle Hunter getting three to lead the defense in an overwhelming 20-7 win. Detroit managed just 231 yards of total offense, and quarterback David Blough was sacked five times and threw two interceptions. For the Vikings, Kirk Cousins was efficient as always, completing 24-of-30 passes for 242 yards and a touchdown. Stefon Diggs caught six of those passes for 92 yards, and Dalvin Cook carried the ball 18 times for 62 yards.

Only Derek Carr, Ryan Tannehill, and Drew Brees have completed passes at a better rate than Cousins this season. The Minnesota quarterback has completed 70.1 percent of his passes this season for 3,274 yards and 24 touchdowns against just four interceptions. Aaron Rodgers and Patrick Maholmes are the only quarterbacks in the NFL to throw fewer interceptions this season. Cook is fifth in the NFL in rushing yards with 1,108 on 241 carries. He also has 13 touchdowns, which is tied for the league lead. Diggs will become a 1,000-yard receiver for the second-straight season this week barring a disaster as he currently sits on 997 yards receiving so far this year.

The Chargers are a tough team to figure out. Despite their 5-8 record, all eight losses have been by a touchdown or less, and several of the losses have been by incredibly strange circumstances, whether it be by fumbling at the goal line, getting a penalty called that never should have, or bizarre interceptions. But either way, Los Angeles is much better than its record indicates. The Chargers have a plus-38 point differential even with the 5-8 record, which is a great gauge of a team’s actual quality. That point differential is better than two of the three teams ahead of the Chargers in the AFC West and is even better than the 10-3 Seattle Seahawks.

Los Angeles showed its potential in Sunday’s 45-10 victory over Jacksonville. Philip Rivers looked much more like his efficient self, completing 16-of-22 passes for 314 yards and three touchdowns without an interception. Austin Ekeler had a massive game, carrying the ball eight times for 101 yards while catching four more passes for 112 yards and a touchdown. Melvin Gordon added 12 carries for 55 yards while Keenan Allen caught five passes for 83 yards. The Charger defense held Gardner Minshew to 162 yards passing and Leonard Fournette to 50 yards rushing.

Rivers is third in the NFL in passing yards with 3,748 yards on a 65.1 completion percentage. He has 20 touchdowns and 15 interceptions, and those 15 picks are third-worst in the NFL this season. The interception has been the big problem for Rivers, who has otherwise put together another solid season. Allen will go over 1,000 yards receiving at some point this season and it could happen on Sunday. He currently has 947 yards receiving and five touchdowns, averaging 72.8 yards per game. Mike Williams has caught 40 passes for 841 yards and Ekeler has caught 73 passes out of the backfield for 830 yards and eight touchdowns. He also has 481 yards rushing with three more touchdowns on the ground.

For this one, stick to the trend of low-scoring games in the tiny soccer stadium in Carson, Calif. The total will be too much for these teams, with one fighting for the postseason and the other trying to prove that they aren’t as bad as their record shows. Cheer for a big defensive day from both teams and take that under.