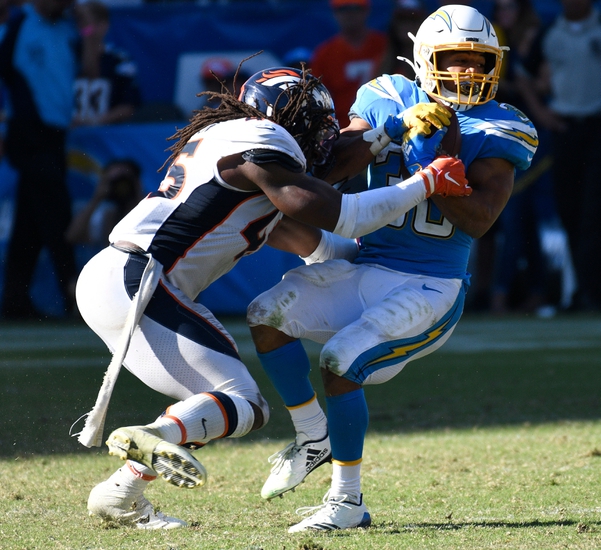 If a person could give the Chargers a pass in last week’s debacle against Denver in which the Broncos won by a touchdown but were able to pull off two turnovers within their own 5-yard line, that same person might be able to say that this is a matchup of two teams that are a whole lot better than their records might indicate.

Take the Steelers, for example. Yes, they are 1-4, but after the blowout loss to the Patriots (who have been doing that to a lot of teams this year), Pittsburgh has a two-point loss to Seattle, a four-point loss to San Francisco, a big win over Cincinnati, and an overtime loss against Baltimore. That’s a lot of losses, but a lot of close, respectable losses. If Pittsburgh finished the year at 12-4, there would be a lot of people talking about how close it was to a 15-1 season, not lamenting a team that has lost four of five.

Then there are the Chargers with the embarrassing loss to Denver last week, but that was a game that they had a serious chance to win aside from some wacky turnovers in the red zone. But the rest of the season has been solid one-score-or-less losses to Houston and Detroit, an overtime win over the Colts, and a three touchdown victory against Miami.

So instead of wondering which team will show up for each side, as many pundits are discussing this week, try to figure out which team will be able to get over the hump and start winning these close games instead of taking more narrow losses.

Pittsburgh quarterback Mason Rudolph has been ruled out of Sunday night’s game so it will be Devlin Hodges for the Steelers. Despite not lighting up the world, Hodges was effective against Baltimore when he came in completing 7-of-9 passes for 68 yards. He was efficient, but it is clear that Los Angeles is going to dare Hodges win the game through the air where the Chargers rank eighth in the NFL in passing yards allowed per game.

It wouldn’t be a surprise if the Chargers win, but it won’t be by a touchdown. Take the Steelers and the points.