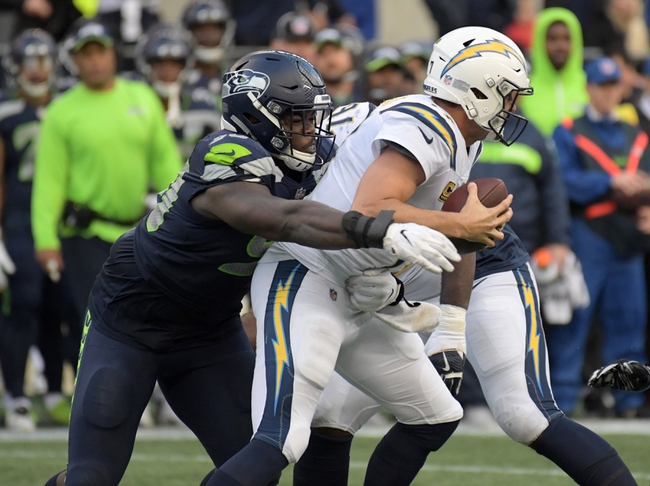 The Seattle Seahawks are 1-1 in preseason play after a 19-25 loss to the Seattle Seahawks. Paxton Lynch and Russell Wilson combined for 149 passing yards, zero touchdowns and zero interceptions. Chris Carson led the Seahawks with 25 yards on five carries, while Jaron Brown had 52 receiving yards on two receptions. Defensively, Austin Calitro led the Seahawks with nine tackles, Poona Ford had one tackle for loss and Rasheem Green had one tackle for loss. The Seattle Seahawks got torched defensively in the losing effort, allowing 27 first downs and 11-18 on third down conversions. Preseason or not, you just know a defensive coach such as Pete Carroll is going to be chomping hard on that side of the ball and making sure the effort is better. It was also nice to see Russell Wilson get a few reps, and we should see a lot more of him in this contest. The Seattle Seahawks have lost five of their last six preseason games.

The Los Angeles Chargers are 0-2 in preseason play after a 17-19 loss to the New Orleans Saints. Cardale Jones and Easton Stick combined for 173 passing yards, one touchdown and one interception. Justin Jackson led the Chargers with 33 yards on eight carries, while Artavis Scott had 64 receiving yards on four receptions. Defensively, Denzel Perryman led the Chargers with six tackles, Jerry Tillery had one sack and Adrian Phillips had one tackle for loss. The Los Angeles Chargers just haven’t been able to finish drives in the preseason, and they’re coming off an effort where the offense was just 4-14 on third down attempts. Of course, a lot of this changes when Philip Rivers is under center, and we should see him for a few drives with this being the third preseason game. The Los Angeles Chargers have lost four of their last six preseason games.

The Seattle Seahawks have been consistent on both sides of the ball this preseason and even had chances to win in Minnesota last week despite the defensive hiccups. The Los Angeles Chargers haven't been able to finish drives offensively, and while things will be better with the starters getting a good portion of the minutes, they'll be going up against a Seahawks defense that will be eager to prove itself. I still love the Seahawks quarterback depth with three guys who have starting experience, so I lean toward them on the road and the free points.