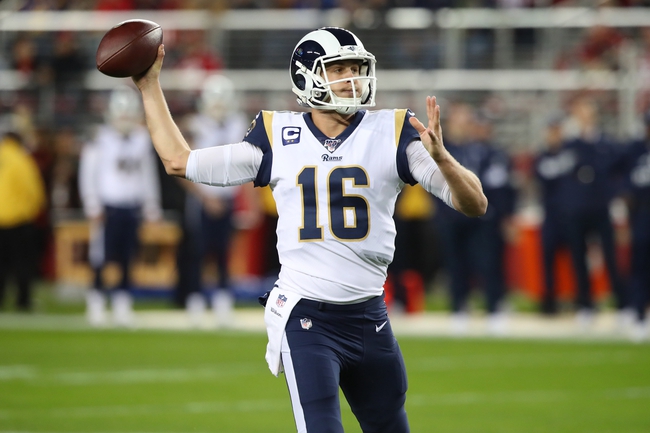 The Cardinals are heading into the game here to face a Rams team that seems to have fallen so far this year. The Cardinals, though are sitting on a 5-9-1 record on the year and have only managed to score 337 points on the year while giving up 411 points. The last game on the field for the Cardinals was a 27-13 win over Seattle.

The Rams have been led by Jared Goff who has thrown for 4319 yards and 19 touchdowns. Todd Gurley II leads the Rams in the rushing with 203 carries, but only 789 yards and 12 touchdowns. Cory Littleton has recorded 131 tackles to lead the Rams. The sack leader is Aaron Donald with 12.5 sacks. The picks leader is Troy Hill with only 2 picks.

The Rams are coming into the game with a great offense that has done decent on the year. The downside is the Cardinals are coming into the game after taking down the Seahawks. The Rams, though, are reeling with a couple of losses in the last few games. Look for the Rams to play some great ball here and actually be able to contain the Cardinals who rely on Murray way to much and even then Murray may not be able to make the game due to a hamstring injury. Final Score Prediction, Los Angeles Rams win and cover 34-10.