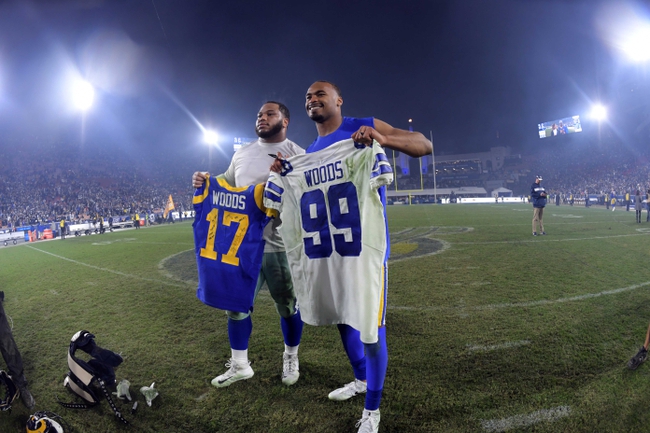 The Dallas Cowboys lost their preseason opener to the San Francisco 49rs, 9-17. Cooper Rush and Mike White combined for 229 passing yards and zero touchdowns. Mike Weber led the Cowboys with 18 yards on six carries, while Devin Smith had 54 receiving yards on three receptions. Defensively, George Iloka led the Cowboys with five tackles, Jalen Jelks had one sack and Ricky Walker had one tackle for loss. The Dallas Cowboys were outscored 0-10 in the second half, as they allowed 5.4 yards per play and have up too many key plays through the air. The good news is that Rush actually played fairly well in an extended backup role, and that could be key for the Cowboys down the line due to the physical style Dak Prescott plays with. The Dallas Cowboys have lost each of their last five preseason games.

The Los Angeles Rams look for a bounce back performance after losing to the Oakland Raiders, 3-14. John Wolford and Blake Bortles combined for 104 passing yards and zero touchdowns. Darrell Henderson led the Rams with 13 yards on six carries, while Khadarel Hodge had 48 receiving yards on three receptions. Defensively, Troy Reeder led the Rams with eight tackles, Landis Durham had one sack and Josh Carraway had one tackle for loss. The Los Angeles Rams averaged just 3.7 yards per play and converted on only three of their 14 third down attempts. It’s obviously going to be different when the Rams play their starters, but you would have liked to see something productive from the backup players. The Rams completely laid an egg offensively in their preseason opener. The Los Angeles Rams have lost five of their last seven preseason games.

The Dallas Cowboys have two backup quarterbacks I want nothing to do with until proven otherwise, and they did very little as a team in the second half against the 49ers. The Los Angeles Rams should actually play some starters in this contest, and they're led by a fiery coach in Sean McVay, so you know he'll be eager for a bounce back performance after the dud they laid against the Raiders. It can be tough to factor in the trip to Hawaii and how the travel impacts the teams or if guys are even focused on football with so much the island has to offer. In a pick em game, give me the better and deeper team in the Rams.