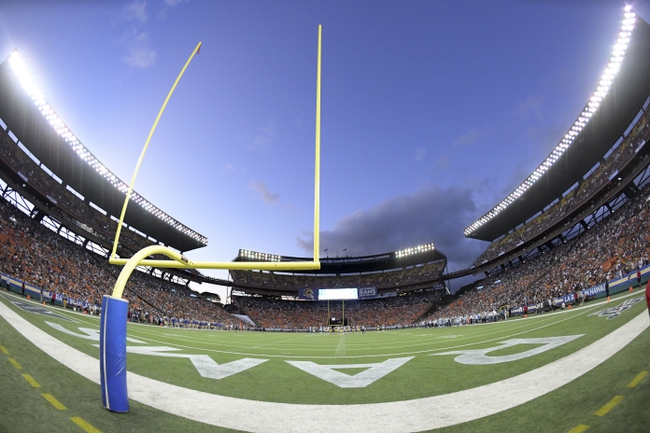 The Denver Broncos and the Los Angeles Rams will match up in NFL preseason Week 3 action on Saturday.

Denver is coming out of a 2018 campaign that saw them finish 6-10 and in third place in the AFC West, missing the playoffs. The Broncos were plagued by poor offensive performances the entire season and couldn’t find their footing on that side of the ball.

The Broncos have made three preseason appearances thus far, starting out with a 14-10 win over the Falcons in the Hall of Fame Game and a 22-14 loss to the Seahawks the following week. Denver then played the 49ers on Monday, falling 24-15.

Over on the Rams’ side, they’re coming off a successful regular-season campaign at 13-3 last year. Los Angeles made it all the way to the Super Bowl, where they would fall by 10 to the New England Patriots.

In preseason action so far this year, the Rams are 0-2. LA kicked things off with a 14-3 loss to the Raiders, then fell again to the Cowboys 14-10 last Saturday with Blake Bortles tossing the team’s first TD of the year.

With the short turnaround this week, we’ll probably see Denver hold back a little tighter in this one, but some of the key guys will get ample playing time. The Broncos really need to put some points on the board here to gain momentum heading into the regular season.

The Rams will probably continue with the vanilla setup here as well. That said, LA’s “toned down” offense is still better than a lot of teams in the league. I like the Rams to jump out to a lead early here and cruise to a cover if the line isn't too bad.