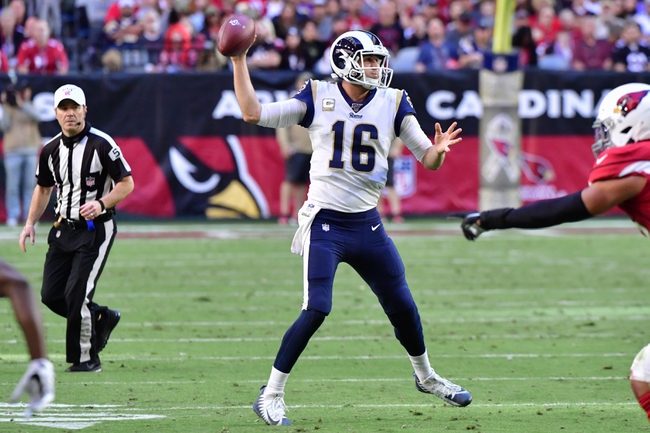 The Seattle Seahawks are set to visit Los Angeles Memorial Coliseum in Los Angeles, California for an NFC West clash against the Los Angeles Rams. The Seattle Seahawks come into this matchup with a 10-2 record, and they will be looking to continue their success after winning their recent home game against the Minnesota Vikings, 37-30. QB Russell Wilson had an efficient game through the air as he connected on 21 of his 31 pass attempts for 240 yards, 2 TDs, and 1 interception. RB Chris Carson had a productive game on the ground for the Seahawks as he compiled 102 rushing yards and a TD on 23 carries.

The Seattle Seahawks struggled on the defensive side of the ball against the Minnesota Vikings as they allowed them to score 30 points and rack up a total of 354 yards of offense. LB Bobby Wagner led the way for the Seattle defense with 10 tackles and 1 pass deflection. The secondary had a productive outing for the Seahawks as CB Trey Flowers contributed 3 tackles and 1 interception while safety Bradley McDougald pitched in 6 tackles and 1 fumble recovery.

The Los Angeles Rams come into this matchup with a 7-5 record, and they will be looking to continue their success after winning their recent road game against the Arizona Cardinals, 34-7. QB Jared Goff had a big game through the air for Seattle as he connected on 32 of his 43 pass attempts for 424 yards and 2 TDs. WR Robert Woods was the top target for Goff and the Rams as he hauled in 13 catches for 172 yards.

The Los Angeles Rams were good on the defensive side of the ball against the Arizona Cardinals as they held them to 7 points and a total of 198 yards of offense. LB Cory Littleton led the way for the Los Angeles defense with 8 tackles, 1 TFL, and 1 sack. The Rams were able to get into the Arizona backfield a handful of times as DT Aaron Donald contributed 1.5 TFL and 1.5 sacks while DE Dante Fowler Jr, pitched in 2 TFL and 1 sack.

The Seattle Seahawks are making a case for one of the top teams in the NFL as they have been explosive on the offensive side of the ball and serviceable on the defensive side of the ball, and this divisional game will be important in pulling away from San Francisco. The Rams were able to get their offense rolling against the Arizona Cardinals, but that was one of the worst defenses in the NFL and this will be a tougher task for Jared Goff. The Seahawks have the ability to attack teams through their air with MVP candidate Russell Wilson and his dangerous weapons, but the ground attack has been the key with Chris Carson and Rashaad Penny. Seattle is rolling right now and they should be able to outscore the Los Angeles Rams in a high-scoring affair.