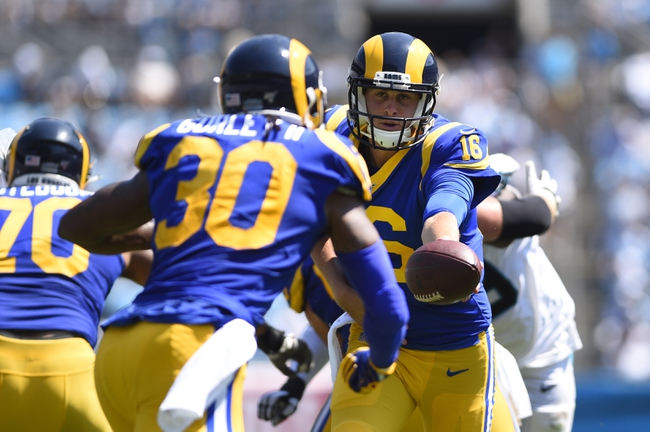 The Tampa Bay Buccaneers are 4-1-1 ATS in their last six games when an underdog of at least seven points. The Los Angeles Rams have covered five of their last eight games when a favorite of at least seven points. It's fair to question how the Buccaneers are going to rebound after blowing a lead to a rookie quarterback at home. After being up 18 points at halftime, those type of losses can really carryover to the next week if a team isn't disciplined. The Rams have yet to really lay the wood to a team like they did all of last year, but the defense is getting after it and it's only a matter of time before the offense starts clicking again. I don't love laying these type of numbers in the NFL, but this is a bad spot for the Bucs given what happened last week. Give me the Rams in a beatdown.