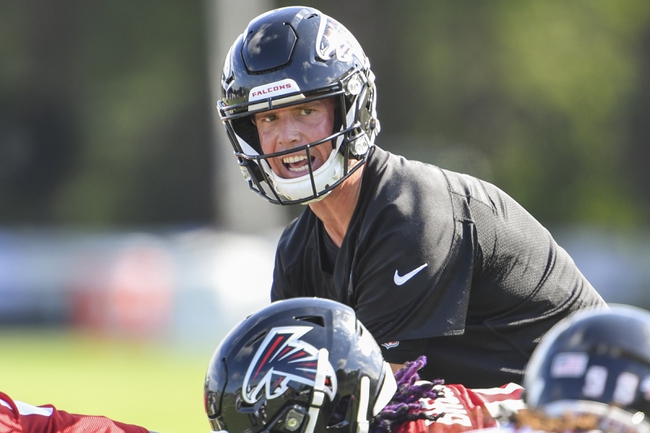 The Atlanta Falcons and the Miami Dolphins will meet up on the NFL circuit for Preseason Week 1 on Thursday.

The 2019 Falcons opened up on August 1 against the Broncos in the Hall of Fame Game. In that matchup, Atlanta fell 14-10.

In 2018, the Falcons had some really bad luck with injuries (seven starters on the IR) and fell to a 1-4 start. When the dust settled, Atlanta finished 7-9 and second place in the NFC South, failing to qualify for the playoffs.

Over on the Miami side, they had some mojo going in Week 14 when they took out the Patriots, but lost all their remaining games and ended up finishing at a dismal 7-9 and second place in the AFC East.

This season, Miami will get a new head coach in Brian Flores. He’ll try to guide the team to their first winning season since 2016 and their first playoff win since 200. Josh Rosen will be under center, with Ryan Fitzpatrick and Jack Rudock waiting in the wings at the QB position.

Head-to-head with these teams, the under is 4-1 in their last five meetings and the favorite is 4-1-1 ATS in their last six meetings.

As far as preseason games go, this will be an interesting one. Miami is going to have to prove to the rest of the league that they know what they’re doing and have a plan for the future. Tumbling the Patriots off the top spot will be difficult, however.

As far as Atlanta, they’re pretty well set roster-wise; they just need to stay consistent and healthy this season. I’m going to go with the Dolphins on a home win here, as Atlanta will probably be very conservative—even for Week 1 of the preseason. Give me the Phins.